The Weight Lifter Startles the World 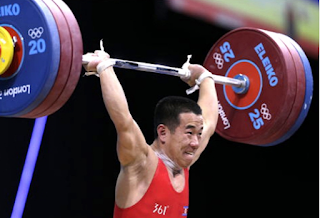 This is Om Yun Chol of the Democratic People’s Republic of Korea, breaking the Olympic record at the 30th Olympic Games by lifting 168kg in the clean and jerk, three times his body weight, and 293kg in total, in men’s events. At the time the world media praised him, saying that he was a dark horse that had startled the world, and that he had unfolded a world-startling scene in the history of the men’s 56kg category.

He is an Olympic gold medalist and five times world champion.