Reading list for the Day of the Shining Star . 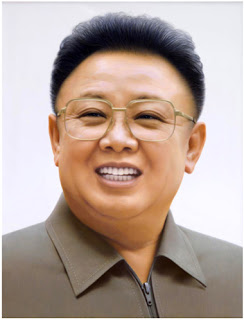 As we approach the 79th anniversary of the birth of the great leader comrade KIM JONG IL on snow-swept Mt Paekdu on the 16th of February,  The Association for the Study of Songun Politics UK , the  Juche Idea Study Group of England , the UK Korean Friendship Association and the British Solidarity Committee for Peace and Reunification on the Korean Peninsula and UK Preparatory Committee for the Day of the Shining Star  have drawn up a reading list to help people better why we mark this event 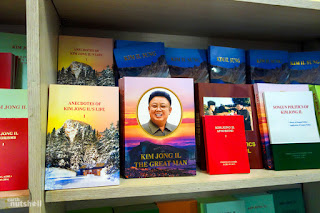 ON THE JUCHE IDEA
Available on
http://www.korean-books.com.kp/en/
JUCHE IDEA -ANSWERS TO A HUNDRED QUESTIONS
http://juche007-anglo-peopleskoreafriendship.blogspot.com/2014/04/juche-idea-answers-to-hundred-questions.html
ON ADDING BRILLIANCE TO THE CAUSE OF BUILDING A JUCHE-ORIENTED PARTY
https://drive.google.com/file/d/1vRAhax2MPphQSmpOTBbTjImQXdC5zMtw/view?usp=sharing
Posted by juche007 at 04:56 No comments: 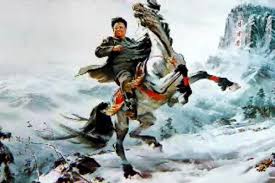 London 23rd of   January Juche 109(2021)
The Association For the Study of Songun Politics UK(ASSPUK),the  British Group for the Study of the Juche Idea(BGSJI),the UK Korean Friendship Association(UK KFA) and the British Solidarity Committee for Peace and Reunification on the Korean Peninsula(BSCPRK) issued a statement on the formation of a UK Preparatory Committee for Celebrating the Day of the Shining Star :

We will set the period until the 17th of February as a period of study and reflection and we will study the revolutionary activities , ideas and theories of comrade KIM JONG IL in depth .
Our committee will organise an online, issue statements and conduct other activities to play our part in meaningfully celebrating the Day of the Shining Star.
UK Preparatory Committee for the Day of the Shining Star
ASSPUK
BGSJI
UK KFA
BSCPRKP
Posted by juche007 at 02:38 No comments: 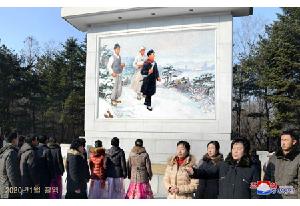 Pyongyang, January 22 (KCNA) -- It has been 96 years since President Kim Il Sung made a 250-mile journey for national liberation.

The President left alone Mangyongdae in Pyongyang for Badaogou in China at the age of 13 and the Korean people are calling this course the 250-mile journey for national liberation.

True to the intention of his father that a man born in Korea must have a good knowledge of Korea, he came to Mangyongdae for learning early in the 1920s. Then, he received the news that his father had been arrested again by the Japanese police. 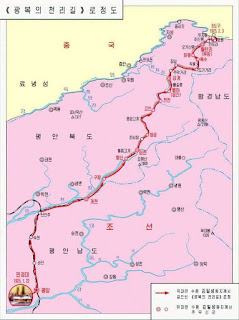 With a firm resolve to take vengeance for his father, his family and the Korean nation, he left Mangyongdae on January 22, Juche 14 (1925).

He had spent only two years back in Korea. In those days, he got a clear understanding that Japanese imperialism was the most heinous destroyer of the liberty and dignity of the Korean people and a vicious aggressor and plunderer imposing unbearable poverty and hunger upon them and came to have a firm belief that such aggressors could be driven out through a struggle only.

He arrived in Phophyong of Kim Hyong Jik County, Ryanggang Province (then Huchang County of North Phyongan Province) after the lapse of 13 days and crossed the Amnok River with a grim resolve not to return before Korea had become independent.

Remembering those days, the President in his reminiscences "With the Century" wrote as follows:

"I looked back at the mountains in the motherland over and again with sorrow and indignation. I thought: My dear Korea, I am leaving you. I know I cannot live even for a moment away from you, but I am crossing the Amnok to win you back. Across this river is a foreign land, but I will not forget you, even in there. Wait for me, my Korea."

Keeping his pledge made in his teens, the President achieved the historic cause of national liberation in August 1945 by leading the anti-Japanese revolutionary war to victory. -0- 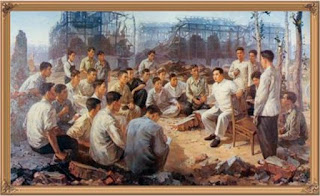 Pyongyang, January 22 (KCNA) -- President Kim Il Sung built in the DPRK an independent national economy that serves for its people and develops in reliance on its resources and the efforts of its people without dependence on others.

After Korea's liberation from Japan's colonial rule (August 15, 1945), the President clarified that economic independence should be firmly provided to achieve the complete independence and sovereignty and prosperity of the country and attached a prime importance to the work for laying a foundation for the building of an independent national economy.

With the belief that the way to breaking through difficulties is to rely on its own effort, technology and resources, not on any assistance or the established theory, he had led the working masses to fully display the revolutionary spirit of self-reliance with the consciousness of being the master of the country.

At the 6th Plenary Meeting of the Central Committee of the Workers' Party of Korea held in August Juche 42 (1953), he set forth the basic line of socialist economic construction on giving priority to the growth of the heavy industry while simultaneously developing the light industry and agriculture and energetically guided the struggle for its realization.

He saw to it that machine factories were built across the country to establish the powerful heavy industry with the machine-building industry as its core, and aroused the workers and technicians to the production of motor vehicles, tractors, excavators, bulldozers, electric locomotives and various kinds of machine tools.

He took steps to increase the coal production and propel the construction of hydro-power stations and thermal power plants simultaneously. He also worked heart and soul for building the country's raw material, fuel and power bases and developing its railway transport, including the electrification of railways.

Thanks to his wise leadership, the historic cause of socialist industrialization was accomplished in the country in 14 years.

Today, the DPRK people are vigorously waging the struggle for developing the country's economy and improving the people's livelihood under the banner of self-reliance, in reliance on the solid foundation of the independent national economy provided by the President and strengthened by the guidance of the Party. -0-

Pyongyang, January 22 (KCNA) -- Kim Jong Un, general secretary of the Workers' Party of Korea (WPK) and chairman of the State Affairs Commission of the Democratic People's Republic of Korea (DPRK), sent a reply message to Bashar Al-Assad, president of the Syrian Arab Republic, on January 20.

Kim Jong Un in his message extended deep thanks to the president for sending warm congratulations to him on his assumption of duty as the general secretary of the WPK at its 8th Congress.

He said that the sincere feelings of friendship and fraternity expressed by the president encourage the Party and the people of the DPRK to make epochal progress in the socialist construction by implementing the decision made at the 8th Congress of the WPK.

Expressing belief that the historic friendly and cooperative relations between the two countries would continue to grow strong in conformity with the common interests and desire of the people, the message wished the president and the Syrian people bigger success in their struggle for defending the country's sovereignty. -0-

Pyongyang, January 22 (KCNA) -- Kim Jong Un, general secretary of the Workers' Party of Korea, chairman of the State Affairs Commission of the Democratic People's Republic of Korea (DPRK) and supreme commander of the armed forces of the DPRK, sent New Year cards to foreign party and state leaders on the occasion of the New Year Juche 110 (2021).