ASSPUK, BGSJI , UK KFA and BSCPRKP on the 52nd anniversary of the foundation of the AINDF of south Korea as the Revolutionary Party for Reunification

The Association For the Study of Songun Politics UK (ASSPUK) , the British Group for the Study of the Juche Idea, the UK Korean Friendship Association (UK KFA )  ,and the British Solidarity Committee for Peace and Reunification in Korea (BSCPRKP)issued a joint statement  on the occasion of the 52nd  anniversary of the foundation of the Anti-Imperialist National Democratic Front of south Korea on the 25th of August 2021;

For more than five decades the Revolutionary Party for Reunification(RPR) and its successor organisations, the National Democratic Front of south and later  the Anti-Imperialist National Democratic Front of south Korea have proudly marched along the road of Juche and have fought for independence and reunification. The formation of the RPR on the 25th of August 1969 dealt a great blow to the US imperialists. 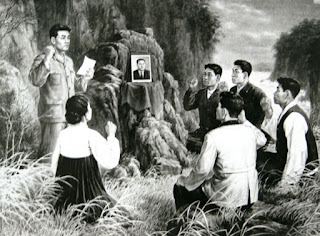 The RPR declared the foundation of its Central Committee in Seoul on the 25th of August and published its manifesto .  The RPR declared that it was guided by the immortal Juche Idea of the great revolutionary leader President  KIM IL SUNG.

As the great leader President KIM IL SUNG said "As a united Marxist-Leninist party , a party of the working class was born in the hard revolutionary fight of the south Korean revolutionaries and people against the US imperialists and their stooges . With its emergence , broad masses of the oppressed and exploited people in south Korea acquired a genuine defender of their class and national interests. The south Korean people today have a reliable political general staff in their revolutionary battle for freedom and liberation" 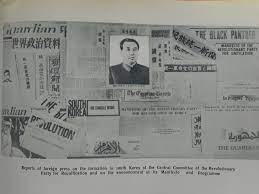 Thus the existence of the Revolutionary Party for Reunification was announced to the world and shook the south Korean puppet fascist regime like thunder.

Since its foundation 52 years ago  the RPR and its successors , the NDFSK and AINDFSK , have unremittingly carried the anti-fascist , anti-imperialist struggle in south Korea despite the vile fascist suppression of the south Korean puppet cliques. 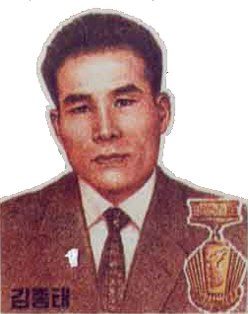 The RPR , guided by the great Juche Idea, not only struggled against the south Korean fascist  puppet regime  but also against revisionism, flunkeyism ,great power chauvinism, opportunism, dogmatism and factionalism.

The RPR in order  to reflect the mass democratic struggles in the 1980s against the fascist Chun regime of south Korea became the National Democratic Front of south Korea . The NDFSK played a valiant role in the struggle to democratise south Korea and overthrow the Chun-Roh fascists. During the late 1980s south Korean students and youth , risking jail or even death, studied the Juche Idea.

Today the AINDF is bravely fighting  for independence against neo-colonialism and  it is fighting hard for independent reunification, true liberation, It upholds the leadership of  the dear respected Marshal KIM JONG UN , lodestar of national reunification in high esteem   and strives to embody Kimilsungism-Kimjongilism in its work. Guided by the great Juche Idea the AINDF will win final victory.

Yanks out of south Korea