ICCSS on the 76th anniversary of Korea's liberation 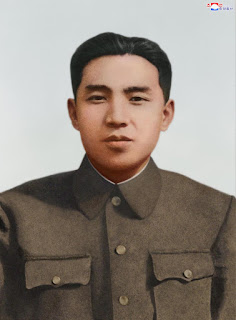 The International Central Committee for Songun Study issued the following statement on the occasion of the 76th anniversary of the liberation of Korea from Japanese imperialist colonial rule:

On the 15th of August 1945 , some 76 years ago, Korea was liberated from the despotic fascist rule of Japanese imperialism. The chains of Japanese colonialism were shattered thanks  to the 20 year long anti-Japanese armed struggle waged by the Korean people under the leadership of the great leader comrade KIM IL SUNG , an ever-victorious iron-willed brilliant commander , a gifted military strategist and legendary general of Korea . Korea won its independence through its own efforts not by the gift of an outside big power . Korea's liberation was the fruit of the Juche-orientated revolutionary struggle for independence that was conducted without state backing or a rear base .Moreover Korea's independence was not arrived through peaceful or reformist means by armed struggle , it was the proud fruit of the Songun idea that was first introduced to the world by the great leader comrade KIM IL SUNG .

Thanks to Korea's liberation the Korean people became masters of their destiny and gained a new life , an independent and creative life  . Today under the leadership of dear respected