From Voice of Korea Persimmon Company 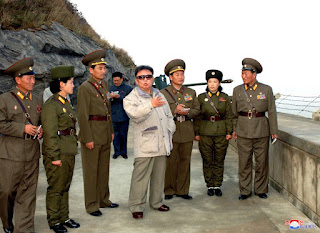 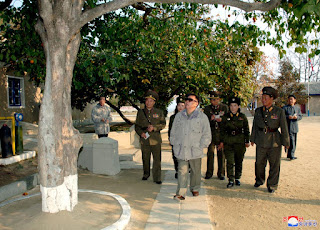 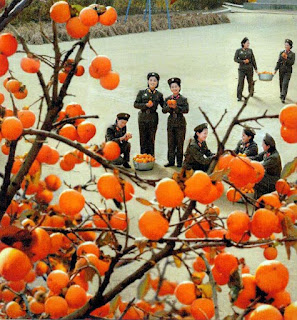 From Voice of Korea http://www.vok.rep.kp/

The Persimmon Company is a women's coast artillery company widely known to the Korean people.

The great leader Kim Jong Il visited the company several times after he started his leadership over the revolutionary armed forces on August 25, Juche 49(1960).

It was in early February Juche 84(1995) that he called at the company for the first time.

He watched the training of the coast artillerywomen and said with great satisfaction that they are very good at training. He felt the temperature of the barracks and saw the soldiers' faces chapped by the sea wind, paying deep attention to their life.

Kim Jong Il left the company but didn't forget them. On August 28, he called all the servicewomen of the company to watch their swimming training. The servicewomen were reluctant to part with him and he promised them that he would visit the company in the season when the persimmons got ripe.

The servicewomen were so glad that they failed to greet him properly. Looking at them with his affectionate eyes, Kim Jong Il said with a bright smile on his face that he kept the promise he had made two years before.

Looking at the persimmon trees planted around the barracks that day, he affectionately called it Persimmon Company.

Since then, the women's coast artillery company has been known as "Persimmon Company".

Kim Jong Il had a special love for the company. He said that whenever he visits he becomes more familiar with the company and gets deeper impressions from it and the company has a lot of prides and anecdotes.

He called at the company for the fourth time early in November Juche 95(2006) when persimmon trees in the barrack yard were heavy laden with red fruits.

Soldiers of the company rushed to him. Kim Jong Il met them and asked if they are all well and if those who left the company are also well.

That day, he expressed satisfaction over the fact that all the company soldiers are fully prepared politically and ideologically, in military technique and physically. He looked round several places of the company, enjoyed an art performance and highly praised the women's coast artillery company as a model of the whole army in all aspects.

In the last days of his great life, Kim Jong Il, enjoying an art performance given by soldiers of the Persimmon Company, warmly recollected that he got intimate with the company during the arduous march.