ASSPUK, BGSJI , UK KFA and BSCPRKP on the 61st anniversary of the start of the Songun revolutionary leadership , the Day of Songun . 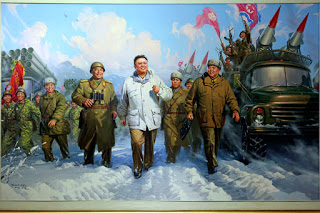 The Association For the Study of Songun Politics UK (ASSPUK) , the British Group for the Study of the Juche Idea, the UK Korean Friendship Association (UK KFA )  ,and the British Solidarity Committee for Peace and Reunification in Korea (BSCPRKP)issued the following joint statement on the upcoming Day of Songun , the 61st anniversary of the start of the Songun revolutionary leadership in the DPRK ;

On the 25th of August the Democratic People's Republic of Korea , the homeland of Juche , will celebrate  the Day of Songun ,the 61st  anniversary of the start of the Songun revolutionary leadership which began when  comrade KIM JONG IL gave guidance to  the Seoul Ryu Kyong Su Guards no 105 tank division of the Korean People's Army. The No 105 tank division is an army unit of the KPA steeped in revolutionary history as it was the first KPA unit to rush into Seoul during the great Fatherland Liberation War of  1950-1953.   August 25th is now proudly celebrated in the DPRK as the Day of Songun . Dear respected Marshal KIM JONG UN wrote

" The Day of Songun, when General Kim Jong Il started his leadership of the Songun revolution, is, together with the day of the founding of the KPA (Korean People's Army), a historic day when an important milestone was set up for the history of building up our revolutionary armed forces and the history of our country. As there was this significant day, a historic turn could be brought about in developing our revolutionary armed forces and implementing the cause of the Juche revolution, and the history and traditions of our sacred Songun revolution that had been pioneered and developed by force of arms, achieving victory, could be carried forward continuously"

The Songun revolutionary leadership of the great generalissimo KIM JONG IL began at a time when the US imperialists were causing tension all over the world such as the Vietnam war and the Cuban missile crisis. The modern revisionists , the agents of the imperialists in the international communist movement and the socialist camp, had capitulated to imperialism and were even putting pressure on the DPRK to give up its anti-imperialist stand and disarm itself , melting down tanks and guns , under the banner of 'peaceful co-existence ' and 'peaceful co-operation' with the imperialists. The great generalissimo's KIM IL SUNG and KIM JONG IL  declared that the DPRK would not go down this road but would build up the people's revolutionary armed forces on the basis of self-reliance. Dear respected Marshal KIM JONG UN explained that

"Regarding the strengthening of the KPA as the most important of affairs in the Songun revolution, he raised the KPA as the buttress, the main force, of our revolution and achieved the historic victory in the grim anti-imperialist, anti-US showdown in defence of the country's security and socialism by training the KPA to be the army of the leader boundlessly faithful to the cause of the WPK (Workers' Party of Korea), to be an invincible revolutionary army." 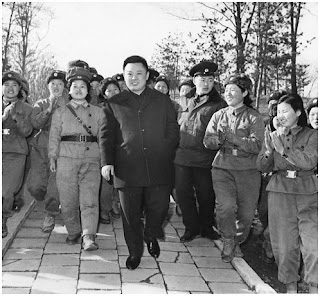 Under the Songun revolutionary leadership the KPA  discharged its role of defender of the gains of socialism with honour. In the confrontation between the DPRK and the imperialist forces after the Fatherland Liberation War , the independence and security of the DPRK was safeguarded and the defence power increased. 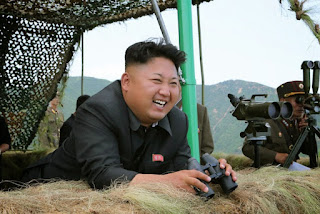 Dear respected Marshal KIM JONG UN has continued with the Songun revolutionary leadership declaring that "The permanent strategy of our revolution and its final victory lie in going straight along the road of independence, the road of Songun, the road of socialism". He has given energetic guidance to defence upbuilding and fresh achievements and victories have been scored. Thanks to Songun peace on the Korean peninsula has been secured.Led by dear respected Marshal KIM JONG UN the Korean people will win final victory  !

The Korean people will win final victory under the banner of the Songun -based revolutionary leadership .

Glory to the memory of the great leader comrade KIM JONG IL !