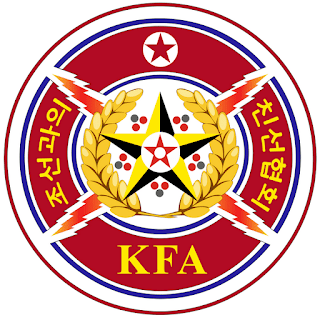 The Korean Friendship Association of the UK today the following statement concerning the dispatch of  a British Aircraft Carrier strike group to Korean waters ;

At this very moment in time a British Royal Navy aircraft carrier strike group headed by the HMS  Queen Elizabeth  is on its way to Korean waters .  It consists of 6 Royal Navy ships plus one US vessel and one Dutch ship as well ships from the Australian navy . The HMS Queen Elizabeth is a 65,000 tonne ship and cost billions of British taxpayers money to build . The aircraft carrier strike group is basically an armada type formation whose purpose is not peaceful at all . It is the largest peacetime deployment of the British Royal  Navy and will be the largest ever deployment of British ships in Korean waters since the Korean War (Fatherland Liberation War ) , 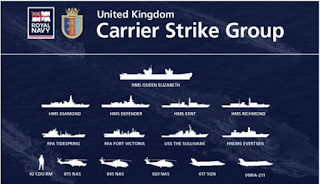 As Choe Hyon Do Researcher of Korea-Europe Association  said  'Aggravating situation in the Asia-Pacific region by dragging even warships into this faraway area, the UK is seeking the excuse from our “threats.” Since it is like a guilty party filing the suit first, the UK’s move is no less than a provocation against us'.
Indeed this it is a grave provocation against People's Korea by the British government and reactionary British establishment . It an attempt to intimidate People's Korea and stifle its socialist system by force  . We strongly denounce these reprehensible and criminal actions by the British government which threaten to destabilise peace on the Korean peninsula and indeed the entire Asia-Pacific region . Worse still by dispatching the aircraft carrier strike group the British government is risking involving Britain in a conflict .
The dispatch of the aircraft carrier strike group should be seen in the context of the hostile policy of the British government towards the DPRK  which has included increasing sanctions on the DPRK and also recently slandered the DPRK over the human rights issue.
We would also point out that millions of pounds of British taxpayers money is being wasted on this foolhardy adventure.
It is also shameful that instead of pursuing an independent policy towards the DPRK , the British government is bending over backwards to please the US and is acting in the interests of the US . We call for the Aircraft Carrier strike group to be turned back at once . Moreover the British government must reverse its hostile policy  towards the DPRK and instead implement a policy of genuine friendship and co operation based on independence and which would be fully in accord with the interests of both the Korean and British people .

No to Gunboat Diplomacy !