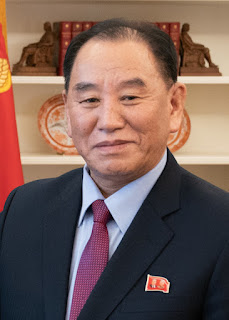 The south Korean authorities started again the frantic military exercises regarding our state as the enemy from Aug. 10, defying the opportunity of a turn hardly made amid unanimous expectation of all the compatriots at home and abroad for peace and stability on the Korean peninsula.

On Aug. 1, upon authorization of the Party Central Committee, Kim Yo Jong, vice-department director of the C.C., the WPK, issued a press statement carrying a meaningful warning that the choice of hope or despair is totally up to the south Korean authorities, stressing that the military exercises slated by south Korea with the U.S. would be an unfavorable prelude further beclouding the future of the inter-Korean relations.

The south Korean authorities were obviously given an opportunity of option.

But the south Korean authorities have now revealed that peace and trust much touted by them whenever an opportunity presented itself were just a wordplay.

In disregard of our advice, they opted for alliance with outsiders, not harmony with compatriots, escalation of tension, not détente, and confrontation, not improved relations.

Now that they made their clear option known to the whole world, defying the opportunity, we will have to make clearer corresponding decision.

As we have already clarified, we will make them realize by the minute what a dangerous choice they made and what a serious security crisis they will face because of their wrong choice.

They must be made to clearly understand how dearly they have to pay for answering our good faith with hostile acts after letting go the opportunity for improved inter-Korean relations.

It is clear that there is no other option for us as south Korea and the U.S. opted for confrontation with our state, without making any change.

We will keep going on with what we should do. -0-