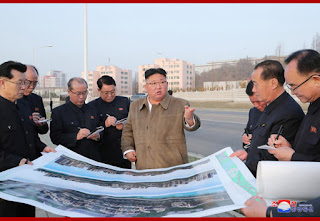 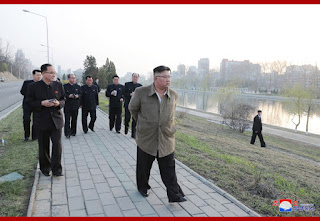 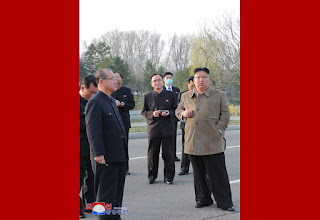 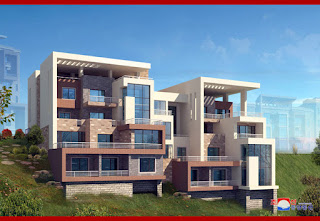 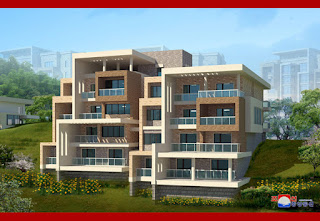 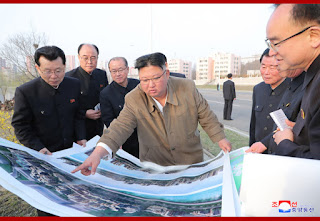 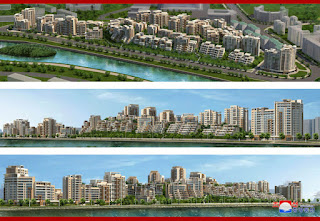 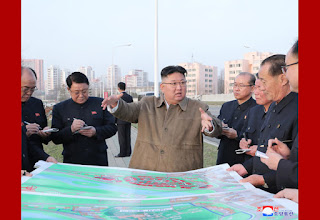 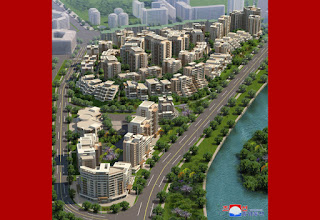 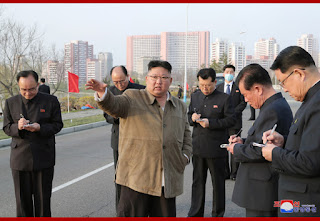 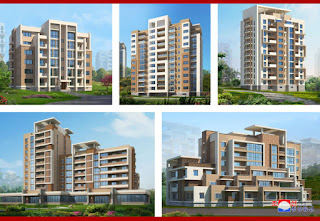 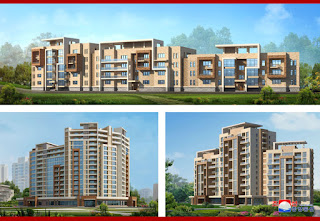 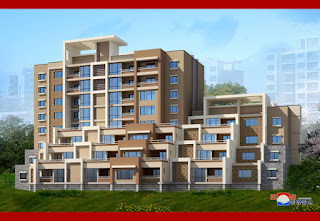 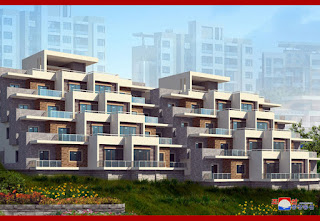 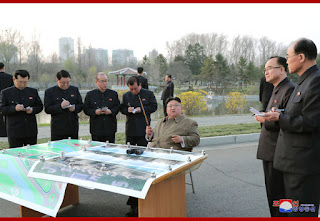 Pyongyang, April 1 (KCNA) -- The construction of the residential district of terraced apartment buildings on the bank of the River Pothong is to be undertaken in real earnest true to our Party's great plan for architectural development and its architectural idea based on the people-first principle.
Kim Jong Un, general secretary of the Workers' Party of Korea and president of the State Affairs of the Democratic People's Republic of Korea, looked round the site again with secretaries of the Party Central Committee.
Another worthwhile construction project has begun to implement his great plan to build a residential district of modern terraced apartment buildings for our people in the excellent place on the bank of the picturesque river.
Looking round the construction units deployed in the site getting themselves ready to get down to the construction, he learned about the areas assigned for the construction.
He stressed that the construction of the terraced apartment buildings for 800 flats is a project reflecting the plan and intention of the Party Central Committee to give a facelift to the city by building apartment buildings of new styles and to provide highly-developed living environments and conditions for the people. He called on all the construction units to implement our Party's far-reaching policy for the capital city construction with great devotion and unyielding practice, being well cognizant of the importance of the project.
He said he would always pay attention to the project and personally strengthen the organizing and leading of the construction work as the core construction units are responsible for the project.
Elaborate plans for every stage should be mapped out, the construction and guidance successfully pushed forward with, equipment and building-materials provided without fail, and the political work for each unit and an emulation among the construction units encouraged, so as to create a model experience in the city construction of apartment buildings in terms of speed and practicality, he said.
Strict supervision over every construction process must be exercised, building-materials economized in every way with high demand, accidents of all kinds prevented and excellent construction experience introduced to the capital city construction, he said.
He stressed the need to make a good plan for planting trees in the residential quarter and give a facelift to the parks on the bank of the River Pothong, so as to provide the residents with the best conveniences for living and improve the natural environment.
Stressing the need to improve the quality of the construction to make the most of the peculiar characteristics of different styles and elevation elements of good-looking terraced dwelling houses, he said the construction units should fulfill with success the immediate plans for building dwelling houses in the capital city for this year to demonstrate the modernity of our capital city as the centre of high civilization under socialism and the feature of Juche-oriented architectural development and to display once again our tremendous ideological and mental power with which we can bring about any epoch-making change and the potentiality of the self-supporting economy being consolidated.
He specially emphasized the need to continue to thoroughly implement the people-first doctrine and the policy on applying formative art to architecture based on correct combination of national identity and modernity set forth by the Party in the construction of the capital city and provincial areas in the future, set a new standard in city administration and environmental management, in particular, and pay deep attention to cultured environmental management such as afforestation.
He stressed the need to grasp once again the importance of housing construction, one of urgent problems in improving the people's standard of living, and undertake an innovative practice not only in the construction of 50 000 flats in Pyongyang but also in the construction in provinces.
He said that within the new 5-year plan our Party will make more progress in housing, city management and ecological environment sectors to provide the people with material and cultural well-being as happy as any others.
He voiced the expectation and belief that the able core building units involved in the building of a residential district of terraced apartment buildings for 800 flats on the bank of the River Pothong would build as soon as possible the cradle of happiness looked forward to by our people, true to our Party's great policy on capital city construction. -0-
Posted by juche007 at 05:01