ASSPUK, BGSJI , UK KFA and BSCPRKP on the holding of the successful 6th Conference of Cell Secretaries of the Workers Party of Korea 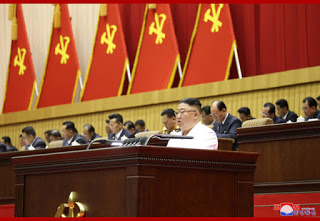 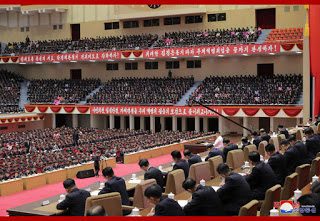 Today Association for the Study of Songun Politics UK(ASSPUK), British Group for the Study of the  Juche Idea(BGSJI)  , the UK Korean Friendship Association(UK KFA) and the British Solidarity Committee for Peace and Reunification (BSCPRKP),issued a joint statement about the recent 6th Conference of Cell Secretaries of the Workers' Party of Korea;

The 6th Conference of the Cell Secretaries of the Workers Party of Korea (WPK ) was held from  the 6th of April to the 8th  of April in Pyongyang , the capital of People's Korea . The Conference was attended by 10,000 people . This is a great achievement especially given the fact that in many countries  conferences and other big gatherings  are suspended because of the Covid 19 pandemic  yet People's Korea was able to host such a big conference without being affected by Covid 19   . The conference was held in the presence of the general secretary of the WPK , respected Marshal KIM JONG UN.

Respected Marshal KIM JONG UN  made an opening speech , a concluding speech and a closing address . The conference was addressed by not only officials of the WPK Central Committee but also many Cell secretaries of basic units of the WPK in productive industry , agriculture  and other sectors of society and life in the DPRK .

Respected Marshal KIM JONG UN correctly pointed that "There are many Communist and Workers' parties in the world, but it is only our Party that holds a conference of leaders of its grass-roots organizations on a regular basis so that its Central Committee can discuss work with them face to face" . This is indeed very true . The key to success in the revolution  is engaging with and activating grassroots organisations of the ruling party . In fact the destiny of the revolution depends on the strengthening of basic units of the Party and implementing people-first principles.

The imperialist , reactionary bourgeois media , tried to slander the holding of the 6th Conference of Cell Secretaries and grievously distorted the content of what was said at the Conference in order to create a most misleading and false  picture of People's Korea . In fact the 6th Conference of Cell Secretaries of the WPK was a great success and will make a great contribution to further energizing the  WPK to implement the decisions of the historic  8th Congress of the WPK and the 2nd Plenary meeting of the 8th Central Committee of the WPK and will lead to greater self-reliance to combat the imperialist sanctions . At the same time anti-socialist ideas and practices will be smashed .

We applaud the holding of the 6th Conference of Cell Secretaries of the WPK and wish the Korean people success in implementing the ten major tasks of Party Cells.