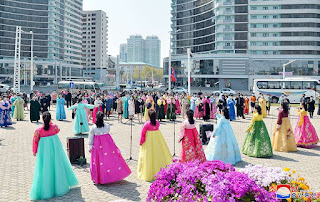 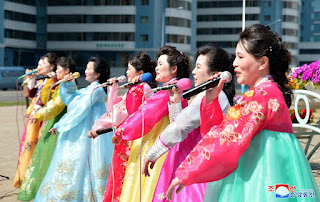 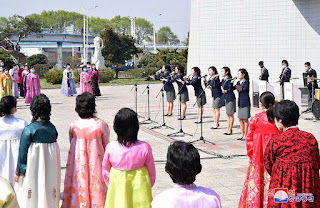 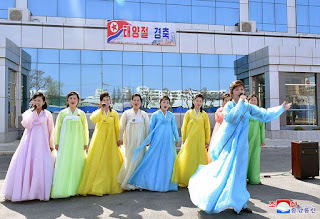 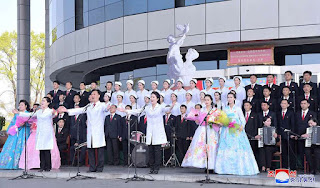 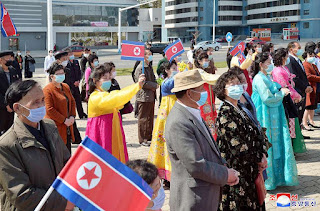 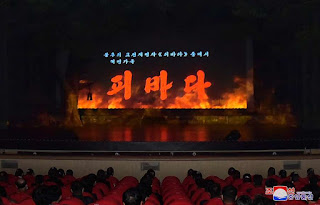 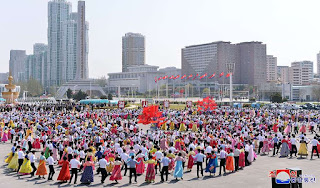 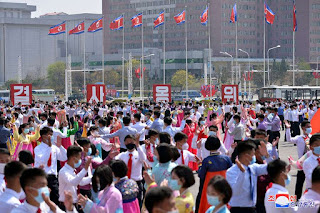 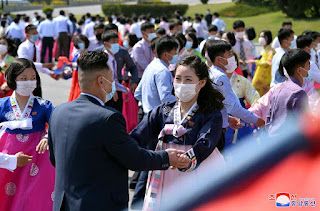 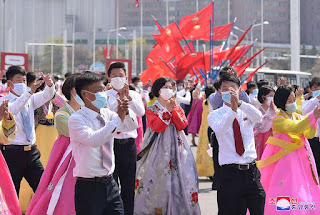 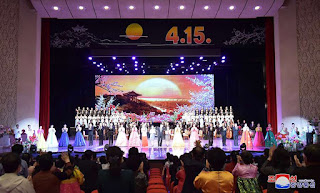 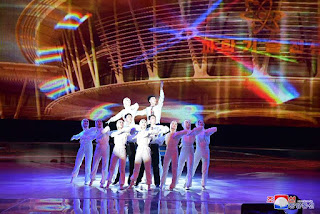 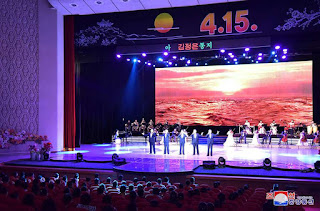 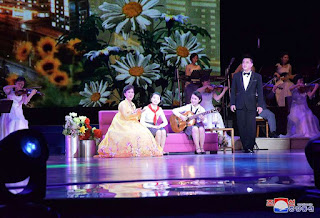 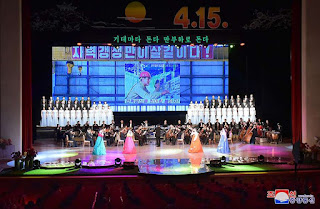 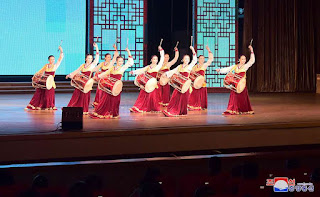 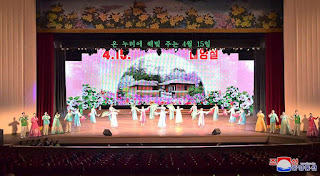 Pyongyang, April 16 (KCNA) -- The people across the country significantly celebrated the Day of the Sun, the greatest auspicious holiday of the nation (birth anniversary of President Kim Il Sung).
Reverence for the President swept the country in the run-up to the holiday.
Working people and service personnel visited the statues of President Kim Il Sung and Chairman Kim Jong Il and mosaics picturing their smiling images to pay homage to them.
A national photo exhibition and a national pencil and calligraphy festival were held.
Colorful art performances were given in Pyongyang and provinces.
The artistes of the Mansudae Art Troupe gave a music and dance performance at the East Pyongyang Grand Theatre and those of the Phibada Opera Troupe gave a performance of famous music and scenes of revolutionary operas at the Pyongyang Grand Theatre. The revolutionary drama "Blood at an International Conference" was staged at the National Theatre and a music and dance performance was given by the National Folk Art Troupe at the Ponghwa Art Theatre. The National Acrobatic Troupe gave a combined acrobatic show at the Pyongyang Circus Theater.
National and Pyongyang City art squads and art groups also gave outdoor performances in different places of the capital city, heightening the festive atmosphere.
Art performances were given also in Jagang, Kangwon and North Hamgyong provinces.
Public catering establishments across the country were alive with holiday services that day. -0