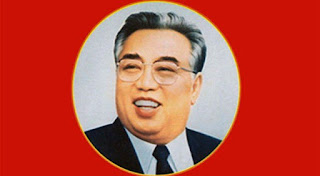 5th of April Juche 110 (2021)
The Association For the Study of Songun Politics UK(ASSPUK), the  British Group for the Study of the  Juche Idea(BGSJI)  , the UK Korean Friendship Association(UK KFA) ,  British Solidarity Committee for Peace and Reunification on the Korean Peninsula(BSCPRKP)and the UK Preparatory Committee for Celebrating the Day of the Sun  today issued a statement on the 109th anniversary of the birth of the great leader President Kim Il Sung.
On the forthcoming  15th of April the Korean people and world progressive people will celebrate the Day of the Sun .The respect for the great leader President Kim Il Sung from the world Juche idea followers and Songun idea followers grows deeper with each passing year and indeed each passing day .Celebrating the birth of President Kim Il Sung is act an of practical solidarity with People's Korea .

We remember the great leader President Kim Il Sung ,  on the day of his birth not only as the eternal president and fatherly leader of the Korean people but as an outstanding leader of the international communist movement and a great teacher of the world revolution and the oppressed and toiling peoples of the world.
The great leader comrade Kim Il Sung was born into the family of  a poor peasant but rose to become a great leader of the people and a world statesman of great renown. He not only liberated Korea from the shackles of Japanese imperialism but turned the country into a formidable power, a socialist power of Juche , which defeated the US when it tried to invade the country. 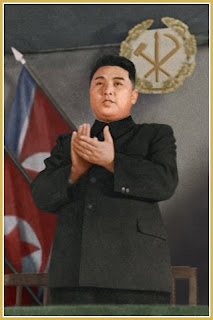 The great leader President Kim Il Sung authored the Juche Idea , the idea that the popular masses are the masters of the revolution and construction and have the ability to promote them . Juche is expressed in day to day terms by  the idea of independence and the idea of self-reliance and self-defence. All the lines and policies of the Democratic People's Republic of Korea were and are  profoundly permeated with the idea of independence. 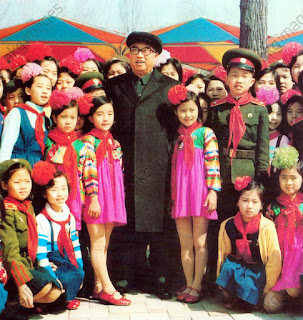 The great leader President Kim Il Sung was the benevolent father of the people who built a socialist state where the masses are the masters of  everything. He built a socialist paradise in which there is full employment , free medical care , free education, even free housing and no taxation.

Today the legacy of the great leader President Kim Il Sung,  is precisely the DPRK, the Juche Idea and Korean-style ,people centred socialism. This legacy is defended and carried forward by the dear respected Marshal Kim Jong Un who follows the road of independence, Songun and socialism holding high the bright red banner of Kimilsungism-Kimjongilism and self-reliance. Under the leadership of respected Marshal Kim Jong Un , the Korean people are implementing the decisions of the historic 8th Congress of the Workers' Party of Korea and the 2nd Plenary meeting of the 8th Central Committee of the Workers Party of Korea.

We join with the world progressive people including the Juche Idea , Songun Idea followers and true friends of People's Korea throughout the whole world in saluting the 109th anniversary of the great leader President Kim Il Sung  !

UK Preparatory Committee for Celebrating the Day of the Sun