Great Father of the Korean People and founder of revolutionary Juche Idea' ( A speech by Alan Bolon to Seminar on 109th - Anniversary, of the birth of President Kim IL Sung. The 'Day of Sun' 11th of March 2021 ) 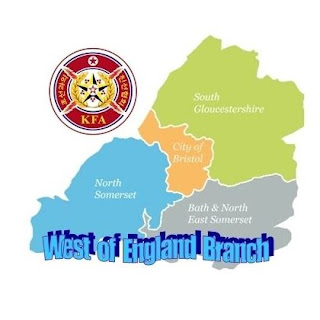 Today’s meeting is on a special occasion, it is 'The Day of Sun' and 109th - Anniversary of birth of the Eternal President Kim IL Sung. It is the occasion to reflect on memories about his extraordinary life and the revolutionary struggles during President Kim IL Sung's life. His personal features such as patriotism, creativity, iron will, and bravery serve as a model for us. President Kim IL Sung gave for the Korean Nation a socialist economic and political system as well as strength, wisdom, power and wellbeing. This philosophy works is known as ‘Korea of Juche’; an Asian superpower, majestic country of socialist power, independent, self - supporting and self-defensive. But we have to remember, this miracle begins from hard times and has the blood of communist fighters from guerrilla camps and Korean People's Army through many years of struggle. It is remarkable to remember in this special day, that the victory of President Kim IL Sung is based on their revolutionary struggle of fighters and heroic soldiers, they sacrificed their lives for the Korean Revolution with the name of President Kim IL Sung in their hearts and mouths, no matter the hardship and they even lost their lives. President Kim IL Sung played a major role in military leadership during anti - Japanese struggle and US attack with Korean War ( 1950 - 1953 ). President Kim IL Sung takes leadership in the first decades of Korea to build a Korean style socialism. Many years of leadership of President Kim IL Sung in building socialism, brought historic achievements with high speed of economic and social development. All of this and more is President Kim Il Sung's splendid achievement and it is his legacy. Nothing compares to anything similar in other Asian countries and is the subject to be proud for Korean people. So, Korean people with us never forget his great achievements and his life devoted to make Korea of Juche grow in strength and wealth with glory. Dear Comrades, today, in this not easy time, when imperialist world reactionary forces organised by capitalist countries, trying to falsify the true of memory of the President Kim IL Sung. These are our duties and our urgent task, to all united in Korean Friendship Association, defend the truth, strongly and firmly keep the banner of Juche, the banner of Kimilsungism - Kimjongilism .A big respect and tribute. Long live Eternal President Kim IL Sung! Alan Bolon, Chairman of West of England Branch, of the UK Korean Friendship Association.
Posted by juche007 at 03:33