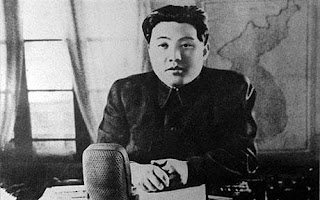 25th of June Juche 109 (2020)
The International Central Committee for Songun Studies (ICCSS) issued the following statement about the 70th anniversary of the provocation of the Fatherland Liberation War (Korean War) by the US imperialists and south Korean puppets;
On June 25th 1950 the US imperialists instigated their south Korean puppets , the reactionary fascist and corrupt Sygngham Rhee regime ,to provoke a war against the young Democratic People's Republic of Korea.
As President KIM IL SUNG said "The Fatherland Liberation War waged by our people was a fierce ,anti-imperialist , anti-US struggle against the allied forces of world reaction headed by US imperialism and a bitter class struggle against the enemies of the people "

The US imperialists  committed unparalleled atrocities .The US killed at least 1.2 million people in the DPRK . It massacred innocent people at Sinchon Ri and Susan Ri.
It was a war in which the US tried to conquer the young Democratic People's Republic and destroy socialism in Asia .
Today US troops remain in south Korea threatening the DPRK . US OUT OF KOREA !