From Voice of Korea http://vok.rep.kp/ Fascinated by Great Idea and Unusual Leadership Ability

From Voice of Korea 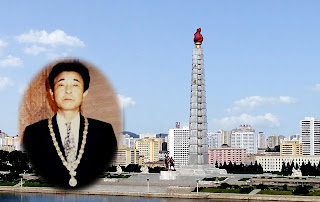 -The Juche idea should be followed by all. It was created in Korea but it is an idea of mankind, a world's idea.-
This was said by the first International Kim Il Sung Prize Winner Shuhachi Inoue who was Honorary Director General of the International Institute of the Juche Idea.

Shuhachi Inoue changed his career from economist to Juche idea follower, as he was fascinated by the Juche idea created by the great leader Kim Il Sung.
Man is the master of everything and decides everything. Man is the most precious and powerful being in the world....
As he delved into the quintessence of the Juche idea, he had an urge to visit Korea, the home of the great idea. 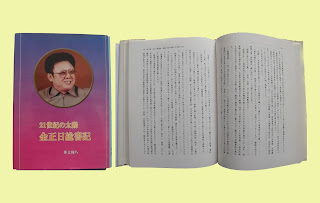 Witnessing the reality of Korea, he came to know that all the successes achieved in that country are ascribed to the unusual leadership ability of the great leader Kim Jong Il who developed and enriched the Juche idea and applied it to reality.
Inoue went deep into his works and admired his ideological and theoretical achievements in developing the Juche idea in depth and his wise leadership.
After all, he wrote tens of books and articles. He received a lot of telephone calls and questions.
-What kind of man is His Excellency Kim Jong Il?-
Though aged, Inoue regarded it as his mission to give an answer to the question.
Visiting Korea several times, he made a deeper study of famous works of Kim Jong Il and called at the units visited by him for his field guidance.