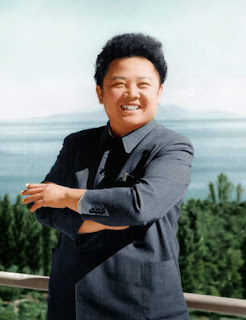 56 years ago on the 19th of June 1964 the great leader comrade KIM JONG IL began working at the Central Committee of the Workers' Party of Korea(WPK) . The Korean people always mark this day each year with pride and great emotion and it is also seen by Juche idea followers throughout the world as a significant occasion.In the DPRK it will be marked by meetings and seminars and throughout the world events will be held to celebrate it . Why is it such an important anniversary ? Because June 19th symbolized the fact the fact that the revolution in Korea would continue and would continue along the lines of Juche , the lines laid down by President KIM IL SUNG .
The role of the WPK in the DPRK can never be overstated . The WPK is the supreme general staff of the Korean revolution . It is the organiser and guide of all the victories of the Korean people . The WPK had been formed nearly 20 years before comrade KIM JONG IL started working at the Central Committee . However the roots of the WPK go right back to the days of the anti-Japanese armed struggle . In fact the foundation stone of the WPK is the Down-With-Imperialism Union formed by President KIM IL SUNG in October 1926 . The WPK under the leadership of  the great leader President KIM IL SUNG had guided the anti-imperialist , anti-feudal democratic revolution and the socialist revolution . The WPK had presided over the reconstruction of the country following the devastation caused by the US during the Fatherland Liberation War and the amazingly rapid growth of the economy which accompanied socialist industrialisation .
Thus when comrade KIM JONG IL started working at the Central Committee of the WPK one June day in 1964 , he assumed an enormous responsibility as he was taking not an administrative role but the responsibility for continuing the revolution and implementing President KIM IL SUNG's teachings on the work of party building .Moreover comrade KIM JONG IL began working at the Party Central Committee at a time when modern revisionism had appeared in the international communist movement and was trying to make inroads into the DPRK . Moreover, although the counter-revolutionary anti-party factionalists had been defeated in the 1950s , some residues of factionalism remained .
A central issue in party work was to maintain the revolutionary character of the party and ensure the revolutionary traditions developed over decades were kept pure . In some socialist countries modern revisionists had thrown the revolutionary traditions in the dustbin and even attacked preceding leaders .
Comrade KIM JONG IL in his work "Let Us Develop Our Party into the Party of Comrade
Kim Il Sung for Ever', which he wrote on the 20th of June , one day after starting work at the Party central committee, emphasised that
“The major line in our Party’s work and activities is to thoroughly establish the leader’s ideological system throughout the Party. Establishing his ideological system throughout the Party is a fundamental principle of the building and activities of our Party and the most important undertaking that should be consistently held fast to as long as our Party exists and acts.”


Comrade KIM JONG IL made it a principle to establish the monolithic ideological system in the Workers Party of Korea . This was essential to maintain the continuity of ideology and the line of party building . It was also the key to defending the ideology of the party  from modern revisionism , opportunism and bourgeois ideology . Comrade KIM JONG IL ensured the monolithic ideological system was established throughout the WPK after the 15th plenary meeting of the 4th Central Committee meeting in 1967,
It was thanks to comrade KIM JONG IL that the WPK kept to the road of Juche and the ideas of its founder and leader President KIM IL SUNG . Rather than go through complicated twists and turns , the WPK marched forward along the straight and true road of Juche without knowing Right or Left deviations . This in turn enabled the WPK to lead the Korean people to achieve great miracles in socialist construction . Moreover the WPK stood firm as a rock when the raging winds of anti-socialism blew across the world following the frustration of socialism in some countries caused the corrosive influence of modern revisionism.
Therefore when comrade KIM JONG IL started working at the Central Committee of the Workers' Party of Korea heralded a great era in the work of building a Juche party.