South Korean people from all walks of life vehemently rebuke the senseless act of scattering anti-DPRK leaflets by the “defectors from the north” as heinous provocation to add fuel to the tensions on the Korean Peninsula. 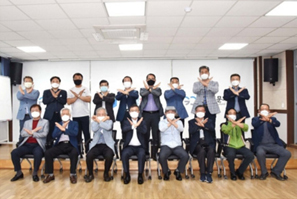 On June 6, Gimpo citizens of the Gyeongsang Province said that scattering leaflets is a kind of war provocation as it is a psychological warfare of war means, not a “freedom of expression” and they’ll block the anti-DPRK hostile act of the defectors in every way.

The south and the north of Korea agreed to stop all the hostile acts including the loud-speaker broadcasting and scattering of leaflets in the areas along the Military Demarcation Line through the Panmunjeom Declaration. The scattering of the anti-DPRK leaflets is a wanton violation of inter-Korean agreements, the Supreme Court admitted the prohibition of scattering leaflets is a legal act, it is dangerous that it would threaten the lives of people living near the Military Demarcation Line and it runs counter to peaceful unification, a member of the Ruling Democratic Party said to the chairman of the emergency measure committee of the United Future Party on June 7.

The present situation shows that the south Korean authorities are the author of pushing the situation of the peninsula to catastrophe, conniving at scattering of the anti-DPRK leaflets by the defectors.

The crime committed by the south Korean authorities is a never-to-be-condoned one.