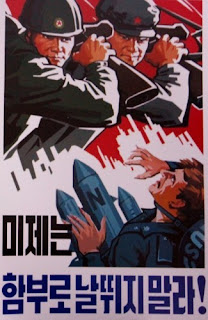 18th of June  Juche 109(2020)
On the occasion of the 70h anniversary of the provocation of the Fatherland Liberation War by the US imperialists, the Association for  the Study of Songun Politics UK(ASSPUK) , the British Group for the Study of the Juche Idea (BGSJI) the UK Korean Friendship Association (UK KFA) and the British Solidarity Committee for Peace and Reunification on the Korean Peninsula(BSCPRKP)  issued the following statement:
Now seventy years , some seven decades, have passed since the US imperialists provoked the Fatherland Liberation War which is referred by the mainstream media as the  Korean War , although it was not a war between Koreans but between a small country , the DPRK , and the American empire.
The US imperialists, the ringleader of the world imperialism and international reactionaries, provoked a war in Korea on the 25th of June 1950 by instigating their south Korean puppets to attack the young Democratic Peoples Republic of Korea. The US imperialists were hungry for profits and conquest. The US imperialists fought an unjust aggressive war against the Korean people. The US imperialists launched a war of conquest against the DPRK , a war to destroy the Juche-based people's democratic system in the DPRK as well to destroy socialism in Asia and the world.
The Korean people led by the great revolutionary leader and national hero Marshal KIM IL SUNG, a true military strategic genius and ever-victorious iron-willed brilliant commander fought a fierce anti- imperialist, anti- US struggle against US imperialism and the allied forces of international reaction. It was a fierce class struggle against the enemies of the people. The Korean people fought a national liberation war against the Yankee imperialist invaders, a war of justice for independence and freedom and also a war to reunify the sacred motherland. The Fatherland Liberation War of the Korean people proved to  a crucible of the Songun idea. 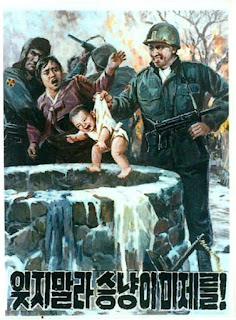 We condemn the appalling barbarity of the US imperialists during the Fatherland Liberation War .We denounce their crimes of massacring civilians, the use of biological and chemical weapons. 35,383 people were murdered by the US at Sinchon -ri and 1,050 people at Susan-ri (one third of the population of the area), just to give a few examples. The US imperialists tried to exterminate the Korean people by carrying out the war that they long planned .
Although 2 DPRK-US summits were held as well as an impromptu meeting at Panmunjom (which is significantly the place where the US acknowledged its defeat in Korea) no progress has been made in DPRK-US relations and the issue of securing a just and lasting peace on the Korean peninsula . This is because  of the hostile policy of the US including the continuing sanctions on the DPRK and the aggressive presence of US troops in south Korea . It is high time for the US to end its hostile policy .
A vigorous campaign should be launched for the withdrawal of US troops from south Korea as well as the conclusion of a permanent peace treaty .
On this occasion we express our wholehearted support for the DPRK led by respected Marshal
KIM JONG UN in its struggle for independence , justice and peace.
. We support the struggle of the Anti-Imperialist National Democratic Front of south Korea and  the south Korean people to end US imperialist colonial rule in south Korea.We join hands with the Juche Idea and Songun idea followers in rallying around the DPRK and campaigning for the withdrawal of US imperialist aggression troops from the south of Korea.
ASSPUK
JISGE
UK KFA
BSCPRKP