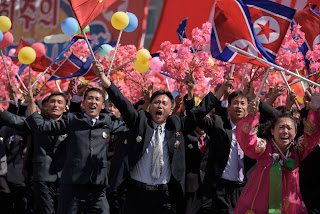 Tomorrow, the 9th of September , it will be the 73rd anniversary of the foundation of the Democratic People’s Republic of Korea (DPRK) . The DPRK was founded by the great leader President KIM IL SUNG .It’s foundation represented the will of the entire Korean people both north and south .

Today , the DPRK led by the respected Marshal KIM JONG UN ,stands as a great example and an inspiration to us .  Guided by the great Juche idea the DPRK has stood the test of time . Other socialist states fall by the wayside . The Soviet Union, which was looked up by many people and regarded as the ideal model of socialism by some , was dissolved 30 years ago in December 1991 , some 69 years after its foundation in 1922 . Some other socialist countries barely lasted after their 40th anniversaries , yet the DPRK is still going strong after 73 years . This of course makes it a target for the hate and venom of the imperialists and world bourgeoisie who simply hate the existence of a real socialist country . 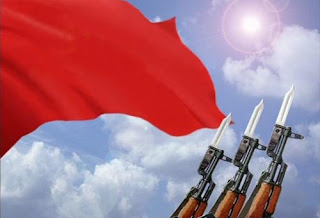 The DPRK is a powerful state of independence , self -sufficiency and self -defence which is the application of the Juche idea to reality and to the question of building a state . It is thanks to Juche and self-reliance that the DPRK has been able to uphold the red flag of socialism  and also beat back the sanctions . Even now quite a few people do not understand self-reliance and simply see People’s Korea as a victim of sanctions .

In 2016-2017 the DPRK constructed Ryomyong Street . This was at a time when the UN Security , a marionette of US imperialism .  Construction of the street began in 2016 . At the time the BBC and others said that the project would fail due to the sanctions but it was completed . I actually remember visiting the DPRK in 2016 and it was just bare earth where they had demolished the existing buildings. One year later I came back and a whole new street was there . My guide from 2012 Professor Ri actually got a new home certificate and moved into a new flat in Ryomyong Street .

The DPRK also undertook the construction of a whole new city at Samjiyon .In 2017 I visited Samjiyon in the far north of the DPRK . At the time it was a town and it had a bit of a rural feel to it . It was rebuilt and became a city . Looking at the pictures of the new city it was to me totally unrecognizable.

The DPRK actually closed its border in January 2020 and yet 20 months later it is surviving and doing well . Some countries would not last beyond 2 or 3 days  with their borders closed !

The DPRK is also based on single-hearted unity . People in the DPRK are united around a single ideology , the Juche idea . The Juche idea represents the aspirations of the people to live as masters of their fate so it is an idea that accords with their interests and can be readily accepted by all the people .

Moreover , people in the DPRK have a high sense of ‘taking ownership’ of ‘stakeholding’ which does not exist in any capitalist country. There is no rich and poor in the DPRK , income differentials are low. This is the secret of the DPRK's single-hearted unity. As President KIM IL SUNG said in his speech to the 35th anniversary celebrations of the DPRK in 1983 ‘ The DPRK represents genuine people’s power and is a banner of the unity and solidarity of the masses.

The Government of the Republic has served the people faithfully, regarding the protection of their interests as the basic principle guid­ing its activities. It has carried out all its policies to meet the will and demands of the people and has striven to guarantee a happy life for them. For its devoted service to them the Government of the Repub­lic enjoys the unreserved support and confidence of all the Korean people today.

Our people have always loved the Republic dearly and actively supported and defended it; they have devoted their all to the struggle for the Republic. Through their own experience our people have become fully convinced that the state power of the Republic represents genuine people’s power fighting for the interests of the popular masses and that only when the Republic is firmly safeguarded and constantly strengthened and developed can they enjoy a happy life and eternal prosperity. Today our people entrust their destiny entirely to our Party and the Government of the Republic and are solidly unit­ed with one idea and will around them” . KIM IL SUNG “ THE DPRK REPRESENTS GENUINE PEOPLE’S POWER AND IS A BANNER OF THE UNITY AND SOLIDARITY OF THE MASSES” .

These words are indeed very true . The superiority of Juche -based socialism based on single-hearted unity shines through and is demonstrated by the fact that the DPRK does not suffer from counter-revolutionary disturbances witnessed in some socialist countries or ‘colour revolution ‘ scenarios played out in some countries.

Based on Juche ,self -reliance and single -hearted unity , the DPRK is a steel strong state of Juche , a fortress of Juche  !

Long live the 73rd anniversary of the foundation of the DPRK !

Chairman British Group for the Study of the Juche Idea ,

Chairman British Solidarity Committee for Peace on the Korean peninsula .