ICCSS statement on the 76th anniversary of the occupation of south Korea by the US imperialists. 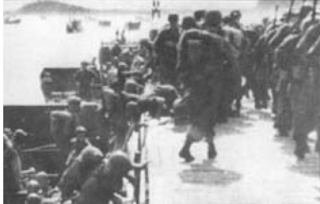 The US forces landed in Korea some 3 weeks after Korea had been liberated  .

The US divided Korea , a homogenous nation with a 5,000 year long history . This is a great crime .

The US occupation of south Korea continues to this very day .

US OUT OF KOREA !

KOREA IS ONE !International Central Committee For Songun Study