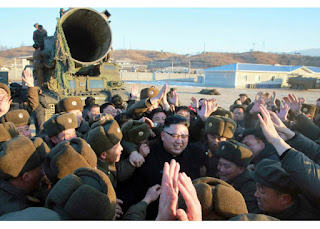 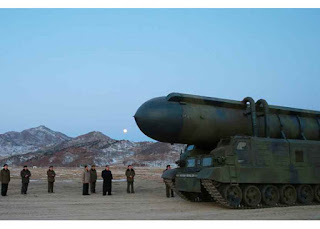 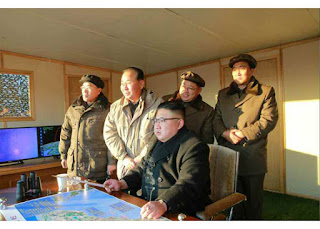 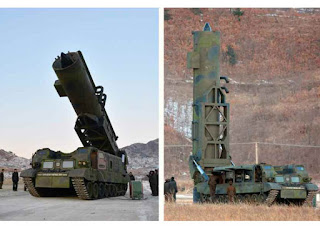 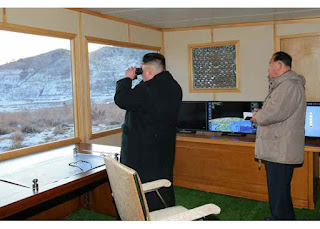 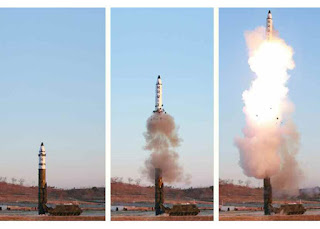 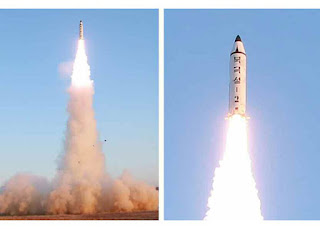 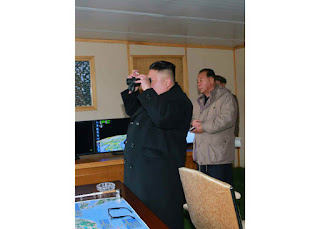 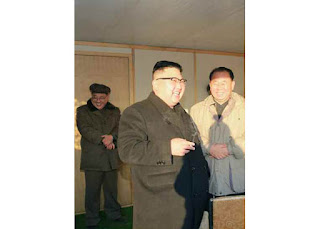 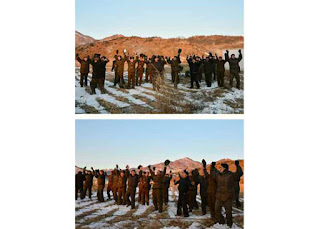 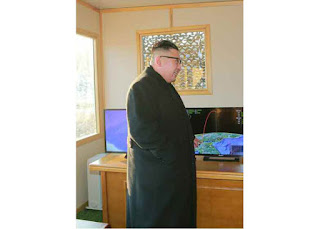 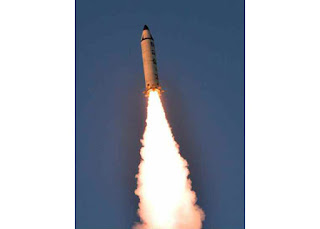 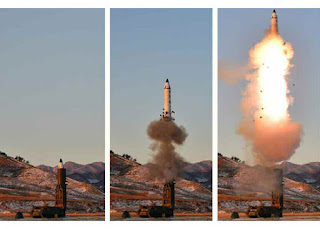 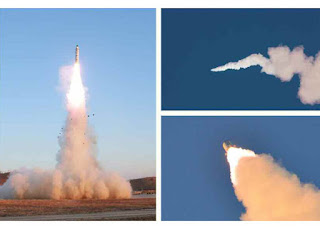 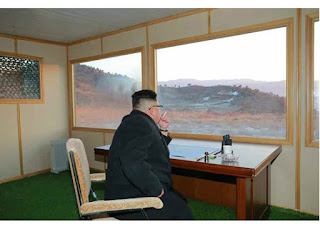 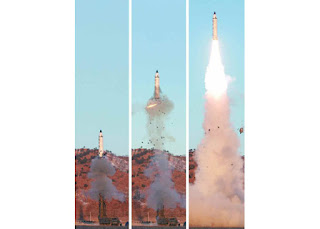 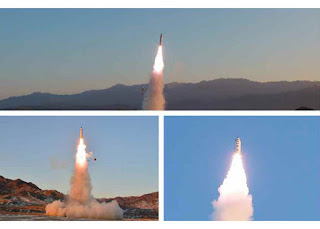 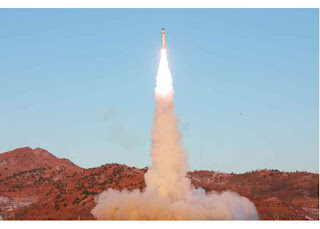 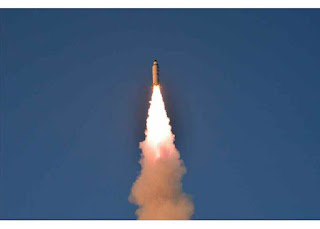 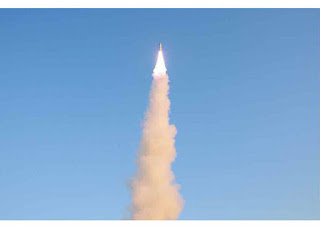 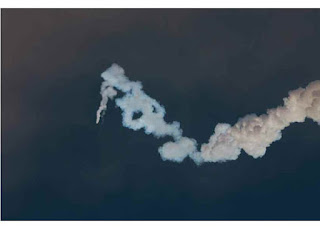 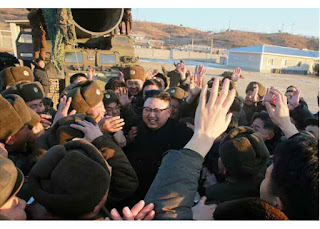 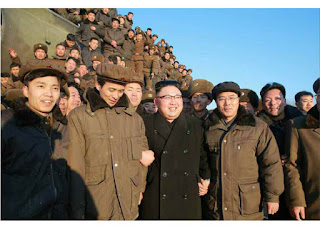 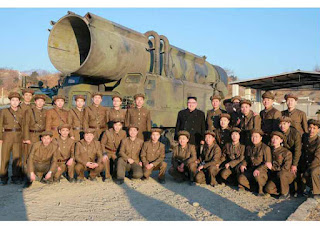 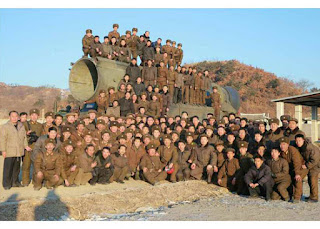 Respected Supreme Leader Kim Jong Un set forth the task of developing the weapon system into surface-to-surface ballistic missile with extended firing range on the basis of the success made in the SLBM underwater test-fire held in August last year.

He received the report on the development of Pukguksong-2, set the date of the test-fire of the missile and personally guided the preparations for it on the spot.

Before the test-fire that day he looked round the caterpillar self-propelled missile launching truck produced by workers in the munitions industry by their own efforts, technology and wisdom.

At the observation post he learned in detail about the plan for the test-fire of Pukguksong-2 and gave the order to launch it.

It also verified the position control and guidance in the middle section and section of re-entry after the separation of the improved warhead of the missile which can be tipped with a nuclear warhead, the feature of evading interception, etc. The test-fire helped test and round off the mobility and operation of the new type missile launching truck in the worst surface condition and finally confirm its technological specifications through ballistic missile launch.

The test-fire was conducted by the high-angle launching method instead of firing range, taking the security of the neighboring countries into consideration.

He said that the newly developed Pukguksong-2 is the Korean style advantageous weapon system providing convenience in operation and ensuring speed in striking and a Juche-missile, Juche-weapon in name and reality as the launching truck and ballistic missile were designed and manufactured and fired by the indigenous wisdom, efforts and technology 100 percent. He expressed great satisfaction over the possession of another powerful nuclear attack means which adds to the tremendous might of the country.

Thanks to the development of the new strategic weapon system, our People's Army is capable of performing its strategic duties most accurately and rapidly in any space: under waters or on the land.