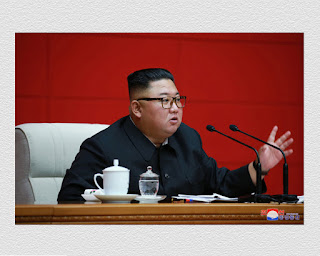 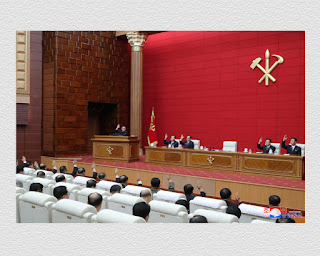 Now everybody knows Taechong-ri, Unpha County of North Hwanghae Province. The village has been widely known at home and abroad.

Is it because the village hit by flood was pitiable or the people who lost their houses miserable?

Now when the flood damages are sweeping the whole world, a politician cancelled his vacation for the flood victims and a state leader sent consolatory money to them.

But there was no such a leader as Marshal Kim Jong Un who drove his car through the muddy road for fear that people in Taechong-ri would feel greater pain and those left homeless suffer from greater difficulties if he delays even a moment.

The Workers' Party of Korea should bear full responsibility for them. We must go closer to them.-

This will and love of Marshal Kim Jong Un, Chairman of the WPK, excited the whole country and struck the whole world with admiration.

Reserve grain of the Chairman of the State Affairs Commission was released and the medicines and daily necessaries prepared by the Departments of the Party Central Committee and families of officials of its headquarters with sincerity were urgently transported to the disaster-stricken areas.

The building of the County Party Committee was given to those in the afflicted area and Party officials put up tents and worked there.

After all, the WPK has gone closer to the people with full responsibility for them.

Of course, we can't see new houses this moment. But we feel that the WPK is defending and looking after them, as it is the warmest home in the world, the home nobody can either imitate or make.

And we are sure that no matter what a severe catastrophe may come to this land, it cannot spoil our happiness but our future will be beautiful all the more.