ASSPUK, BGSJI, UK KFA and BSCPRKP on the 71st anniversary of the passing away of Madame KIM JONG SUK 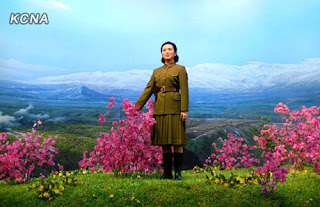 The Association For the Study of Songun Politics UK (ASSPUK) , the British Group for the Study of the Juche Idea, the UK Korean Friendship Association (UK KFA )  ,and the British Solidarity Committee for Peace and Reunification in Korea (BSCPRKP) issued a joint statement on the 71st anniversary of the passing away of the immortal anti-Japanese heroine and Mother of Korea Madame Kim Jong Suk

71 years ago Madame Kim Jong Suk the heroine of the anti-Japanese war passed away at the early age of 32 years after a life of arduous revolutionary struggle for the emancipation of women and the independence of the Korean people. We recall her great exploits . 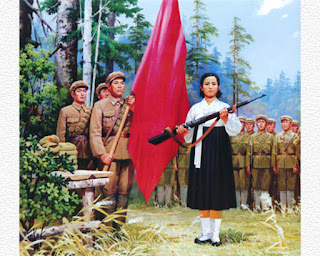 Madame Kim Jong Suk was born into a humble working family in Hoeryong but took the road of revolution at the early age joining the struggle for the  independence of Korea from Japanese imperialism.Madame Kim Jong Suk became an ardent communist revolutionary and anti- imperialist fighter  in her youth. She joined the Anti-Japanese People's Guerrilla Army,commanded by the great leader generalissimo Kim Il Sung throwing herself into the sacred struggle for the liberation of Korea from the iron heel of Japanese imperialism.

During the anti-Japanese armed struggle Madame Kim Jong Suk distinguished herself as a great partisan and crack-shot . She was also the bodyguard of the great leader comrade Kim Il Sung. She was a paragon, a role model of loyalty .

Madam Kim Jong Suk  was the pioneer of the communist revolutionary women's movement. Her teachings  offer profound inspiration and guidance  for the progressive and revolutionary women of the world.  Kim Jong Suk was a shining example of communist womanhood.After liberation Madame Kim Jong Suk built up the Democratic Women's Union of Korea, struggling against opportunism and factionalism. She led the work of freeing women from the shackles of feudalism.

Madame Kim Jong Suk made a profound contribution to the building of a new democratic Korea after liberation in 1945 . She worked hard to build a new Korea of Juche, without rest or let-up. She took part in the building of the people's armed forces of People's Korea , thus enriching the Songun revolutionary cause. Her life was most exemplary.

Madame Kim Jong Suk gave a revolutionary upbringing to the great leader comrade Kim Jong Il  so that he would become a future great leader and great commander of Songun.

The life of Madame Kim Jong Suk is an example to revolutionary and progressive women of the world . She was a role model for true proletarian feminism and Juche-orientated women's liberation.

Despite the passing of time , the memory of Madame Kim Jong Suk , the mother of Korea, burns brightly in the hearts of Juche Idea and Songun Idea followers  and true friends of People's Korea.