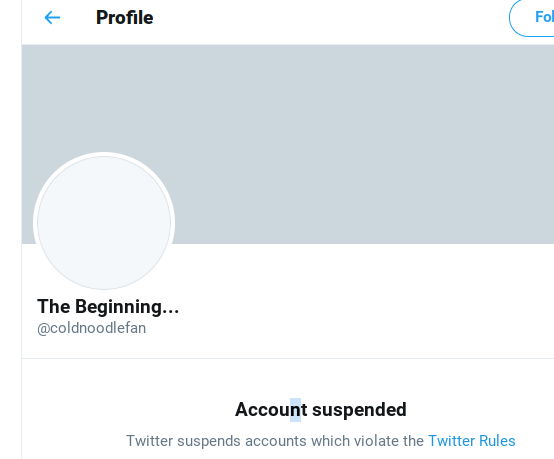 The Association For the Study of Songun Politics UK (ASSPUK) , the British Group for the Study of the Juche Idea, the UK Korean Friendship Association (UK KFA )  ,and the British Solidarity Committee for Peace and Reunification in Korea (BSCPRKP issued a joint statement condemning attempts at censorship on social media :

Recently a well known pro DPRK account  ' The Beginning Cold Noodlefan ' was shut down by Twitte( fortunately a new account has appeared ) as result of a McCarthyite witch-hunt initiated by  a certain scurrilous anti-DPRK website . This follows a number of Youtube channels being deleted earlier in the year and last year . Also insidious measures such as falsely labelled the UK KFA Facebook page as 'north Korean state-controlled media ' even though no one in UK KFA receives a salary from the DPRK or editorial direction from the DPRK.

All these incidents show that the so -called 'freedom of speech ' . 'democracy ' and 'human rights ' constatnl mouthed by the imperialists and their lackeys is an illusion . There is no freedom to express support for People's Korea and the Juche Idea .