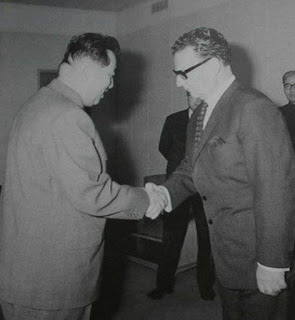 Salvador Allende was a great friend of People's Korea and a close friend of President Kim Il Sung . Allende's support for the DPRK would put many so-called modern leftists to shame .

On the 11th of September 1973 , 47 years ago , Allende's Popular Unity government was brutally overthrown by a fascist military coup d etat by Pinochet  at the instigation of the US . The DPRK true to internationalism  immediately broke relations with Chile.

President Kim Il Sung had advised Salvador Allende and Popular Unity to take control of the army and police but it is apparent that this advice was never heeded.