Our Army Is the Best From Voice of Korea website http://vok.rep.kp/ 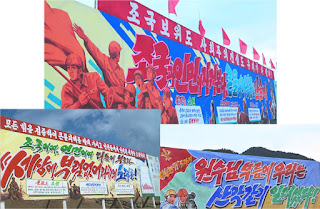 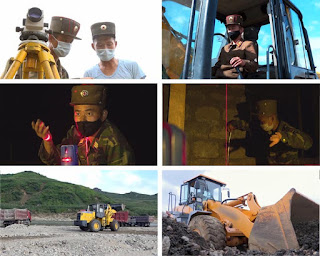 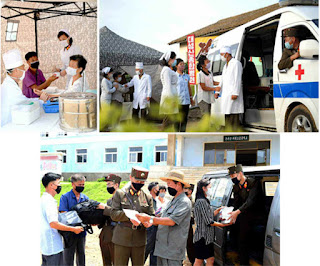 From Voice of Korea website http://vok.rep.kp/
One month ago, Taechong-ri in Unpha County of North Hwanghae Province was reduced to ruins by unexpected natural disasters. But today many dwelling houses are being built for the people in the afflicted area.
Service personnel of the Korean People's Army work miracles in recovering the flood damages as the main force and shock brigade
The service personnel are accelerating the project day and night to make a report of completion as early as possible to the respected Supreme Leader Kim Jong Un who is waiting for the news of people's removal to new houses in Taechong-ri.
They make sincere efforts for the recovery from damages as if for their own parents, brothers and sisters.
Soldier Kim Myong Il says:
"People in Taechong-ri would be very pleased with the new houses. I do every construction work with my utmost care to provide them with wonderful houses.
People can hardly repress their admiration at the daily-changing looks of the construction site.
In the fields service personnel are seen making much effort to recover the crops and at the dam construction site officers and men of the army building the dam to withstand any natural disasters.
Army doctors of the Taesongsan General Hospital are taking a warm care of the health of the people in Taechong-ri.
The service personnel of the People's Army refrain themselves from giving any inconveniences to the people while devoting their all to the latter.
They defend and flourish the people's happiness, taking upon themselves both national defense and socialist construction. That's why people say in unison; "Our army is the best.