ASSPUK, BGSJI , UK KFA and BSCPRKP on the 75th anniversary of the foundation of the Korean Children's Union. 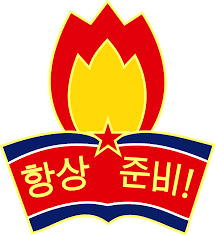 Tomorrow, 6th of June , the Korean Children's Union  is proudly celebrating  the 75th anniversary of its  foundation. The Korean Childrens Union(KCU) is  the Juche-orientated revolutionary childrens organisation of People's Korea . During the past 75 years the KCU has served as the dependable reserve force of the Workers' Party of Korea and the KIM IL SUNG Socialist Youth League . The KCU has brought up the children of the DPRK to be the reliable successors of the revolution and enthusiastic builders of socialism.

Visiting People's Korea many times we have been always been impressed by the discipline of the Korean children who march to school neatly carrying the red flag and singing revolutionary songs such as "Footsteps".

We congratulate the KCU on its 75th anniversary and wish it greater success in the future. We are sure that the KCU will continue to lead the children of the DPRK to become the vanguard of the revolution.