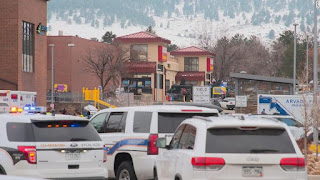 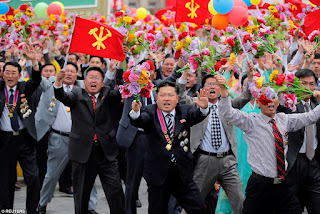 The other day in the United States yet another mass killing took place this time at a place called Boulder , Ohio where 10 people were killed by a 21 year old man who walked into a supermarket and opened fire . The week before 8 people were shot dead in Atlanta , Georgia ( in this case 6 East Asian women were killed in what is widely believed to be a racially motivated killing spree) . This is 18 people dead in the space of just over a week . The US is well known for mass killings such as the Columbine school massacre . The highest number killed was 58 at Las Vegas , Nevada in 2017 . In the US a murder occurs every 7 minutes .

Other Western countries are not immune to mass killings for example in the UK there was the Hungerford massacre in 1987 in which 17 people lost their lives , also the Dunblane massacre which also killed 17 people in 1996 ( most of the victims were children ) and the Cumbria massacre in 2010 . In the DPRK mass killings are totally unheard of . Despite having an armed population (under the DPRK’s self-defence policies ) there are no cases in the DPRK of someone with a gun walking into a supermarket , a shop or a restaurant and opening fire on their fellow citizens . It is just unheard of and unthinkable . Of course there are many reasons for mass killings in places like the US , some blame lack of gun control but surely the toxic individualism and lack of respect for both authority and one’s fellow humans must be a very big factor in the causes of mass killings. In People’s Korea such things as mass killings are impossible because everything is based on the collectivist outlook of ‘ One for all and all for one!", which is the outlook on life of the people of the DPRK and shows the true appearance of People’s Korea where all the people help and lead each other forward, and reflects the true nature of socialism. The DPRK is also based on single-hearted unity. It is based on the Juche Idea , the philosophical principle of which is that man is the master . Thus because of the socialist ownership of the means of production which is both underpinned and enhanced by the Juche Idea , people in the DPRK have a high sense of ‘taking ownership’ of ‘stakeholding’ which does not exist in any capitalist country. Moreover politics in the DPRK are based on benevolence and trust , the supreme principle of the party and the state is to improve living standards. The imperialists , the Western countries and their fake human rights lobby attack the DPRK over ‘human rights ‘ but the West is unable to guarantee the right of its people to live and to live without violence and the fear of violence. Dr Dermot Hudson Chairman UK Korean Friendship Association . Chairman British Group for the Study of the Juche Idea. President Association for the Study of Songun Politics UK.