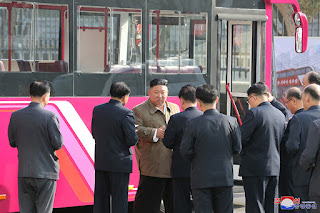 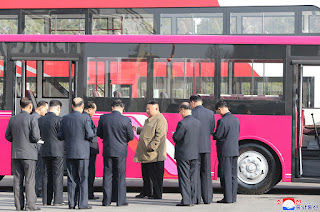 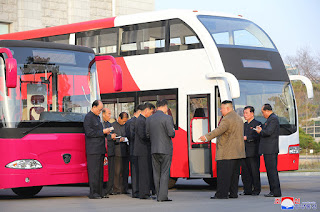 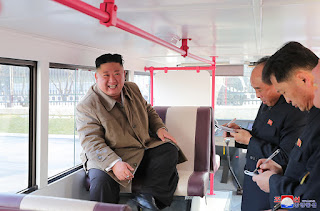 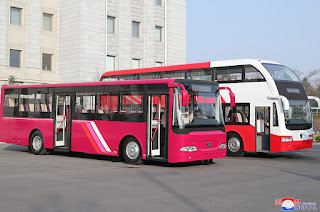 In hearty response to the tasks set forth by Kim Jong Un, the officials and workers of the Pyongyang General Passenger Service Enterprise and the Pyongyang City Bus Factory developed passenger bus and double-decker in a short period and reported it to the Party Central Committee.

Kim Jong Un watched the trial products of the passenger buses at the building of the Party Central Committee together with Jo Yong Won, Kim Tok Hun, Jong Sang Hak, Ri Il Hwan, O Su Yong, Choe Sang Gon and Kim Jae Ryong who are officials of the Party and the government, and Kim Yong Hwan, chief secretary of the Pyongyang City Committee of the WPK.

He boarded the buses and learned about the details of technical features one by one. He said that it is something admirable that Pyongyang City set out to make buses in reliance on its own technical force and production foundation to settle the problem of the public transportation means. He added that passenger buses that help city beautification and which are convenient for the people to use should be mass-produced, stressing that the Party will actively support it.

Learning about the issues arising in the production of passenger buses, he indicated the yearly production goal and took measures for implementing it. -0-