Rays of Juche All over the World -from Voice of Korea 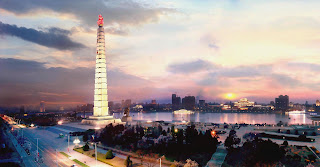 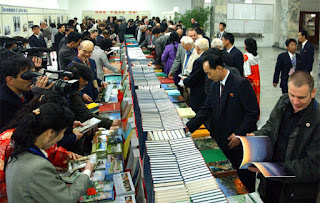 From Voice of Korea

The human history of thought can be called a history which has studied the path for hewing out the human destiny.

As the great leader Kim Il Sung clarified the principle of the Juche idea in June Juche 19(1930), the humanity could have a great idea which elucidated most scientifically the path for carving out the human destiny.

The fundamental principle of the Juche idea is that man is the master of everything and decides everything.

The creation of the Juche idea by the great Kim Il Sung is of great significance in human history which cannot be compared with the fire brought by the mythical Prometheus to man."

This was the outcry of emotion and joy shouted by the progressive mankind.

To study and disseminate the Juche idea became an irresistible trend of the time.

The Juche idea study organization was gradually expanded on a regional and worldwide scale, transcending the countries, nations and organizations.

An inaugural congress of the International Institute of the Juche Idea was held in Tokyo of Japan on April 9, Juche 67(1978), which was the birth of the world's academic organization for studying and disseminating the Juche idea.

Adopted at the congress was the inaugural declaration titled "Juche Idea, Sacred Banner of the Era of Independence". The declaration stressed that the era of subordination and humiliation has gone, the mankind has greeted an era of independence and the Juche idea is the integrated system of idea, theory and method giving the most correct answers to all problems arising in realizing the independence of a country and a nation and the popular masses.

The World Conference on the Juche Idea was grandly held in Pyongyang in April Juche 101(2012) on the occasion of the centenary birth anniversary of the great leader Kim Il Sung.

Speakers at the conference said the independent new world is fully applying the Juche idea and Kimilsungism-Kimjongilism should be regarded as a guideline in order to promote the cause of global independence.

In history there were many progressive ideas and theories that exerted a great influence on the contemporary age and posterity, but never known in history were such an idea and theory as the Juche idea which was studied and disseminated on a worldwide scale.

The Juche idea will light the whole world as a beacon illumining the road ahead of humanity in the era of independence forever.