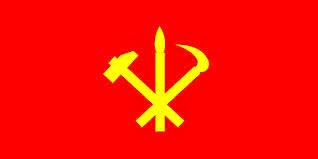 The International Central Committee for Songun Study issued the following statement on the 76th anniversary of the foundation of the great Workers' Party of Korea :

We salute the 76th anniversary of the foundation of the Workers Party of Korea . .

The WPK was founded by the great leader comrade KIM IL SUNG on the 10th of October 1945'  The WPK is the party of the Songun revolution .Its origins go back to the days of the Down-With-Union  that was founded in 1926.  Today the WPK upholds the revolutionary traditions of the Down-With-Imperialism Union and the anti-Japanese armed struggle.

The Korean people under the banner of the Songun red flag of the WPK built an advanced socialist system.  Korea was  transformed from being once a colony into a powerful socialist country of Juche , a country that is independent, self- sufficient and self- reliant in defence. Korea which had once not been able to make even the simplest weapons for itself became a socialist nuclear power, an advanced nuclear power of Juche with ICBMs , that are capable of hitting the US mainland This is due to the Songun revolutionary leadership of the great leader comrade KIM JONG IL and the WPK as well by the brilliant line of building the economy and nuclear force in parallel put forward by dear respected comrade KIM JONG UN

The WPK is admired by the world people as a model of revolutionary parties and is well known for its anti-imperialist independent line  based on Songun and Juche.

International Central Committee for the Study of Songun Politics