DPRK Against the Ideological and Cultural Invasion of imperialism 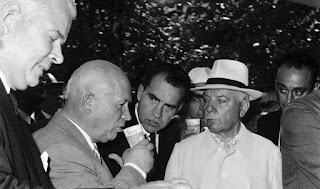 The Latest Mainstream Media propaganda campaign against People’s Korea  is stories about  ‘skinny jeans ‘ being banned in the DPRK . “The Mirror , ‘Express ‘ , “Metro ‘ and others are running the story  which quotes a supposed  ‘Rodong Sinmnun ‘ (Daily Worker) article about the danger of the invasion of capitalist culture, however the article does not appear on the English site of  Rodong Sinmun . Moreover no one in the DPRK wears jeans , people in the DPRK are proud of their culture . No legislation that specifically bans skinny jeans or mullet haircuts by name has been passed in the DPRK .

The stories being peddled by the hired media of the elite  are a very twisted , distorted  and sensationalist take on the DPRK ‘s campaign against anti-socialist and non socialist practices . This was highlighted at the 8th Congress of the Workers’ Party of Korea , the 2nd Plenary Meeting of the 8th Central Committee of the Workers Party of Korea and the 10th Congress of the Socialist Patriotic Youth League .

In the past, cultural infiltration and subversion was a central plank in the US and other Western countries' strategy of ‘peaceful transition ‘ to undermine and destroy socialism from within .

The US CIA director Allen Dulles  is quoted as saying

"We shall arm comedians with jokes that laugh out their present and future. Poison the soul of the youth with disbelief in their purpose in life, awaken their interest in sexual problems, bait them with such lures of the free world as fancy dances, pretty clothing, special records, verses, songs... Sow discord between the youth and the older generation’

This is exactly what the US did . The DPRK is absolutely correct to take countermeasures to prevent it and not fall into the same trap as the USSR, Hungary , East Germany , Poland and others . No doubt some liberals will complain that the DPRK is ‘not open ‘ and say that it should ‘open its door ‘ . What happens if you leave your back door open folks ? Burglars can rush in to steal your possessions or money and vandals can come in and trash the place. It is as simple as that .

The DPRK takes pride in its socialist system and its way of life  and wont let anyone destroy it . 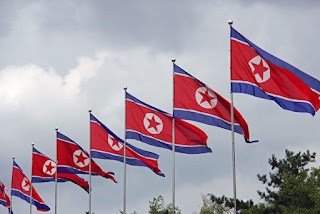