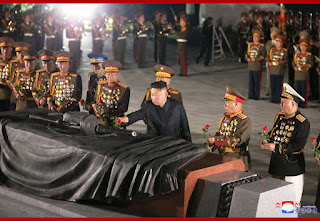 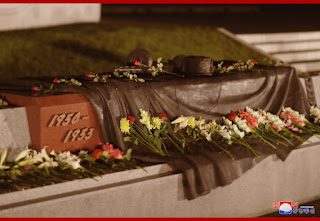 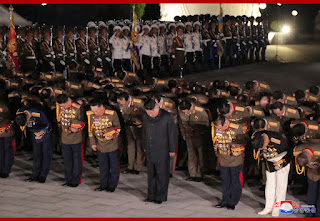 The respected General Secretary was greeted at the spot by commanding officers of the Korean People's Army (KPA), including Pak Jong Chon, Kwon Yong Jin and Ri Yong Gil, and commanders of the large combined units and combined units of the KPA.

He laid a flower before the cemetery.

He paid a noble tribute to the heroes of the great years who honorably defended the sovereignty and dignity of the country and made the history of brilliantly carrying forward the Korean revolution, burning with boundless loyalty to the leader, confidence in victory and ardent patriotism.

He made a round of the cemetery together with the participants.

He said that no matter how much time may flow and how many times a generation is replaced by another, the noble revolutionary spirit and heroic exploits of the generation who won the victory in the war would dynamically propel the victorious advance of our people towards a fresh victory of the revolution, steadily stimulating and sublimating patriotism and enthusiasm of the rising generations for struggle. -0-