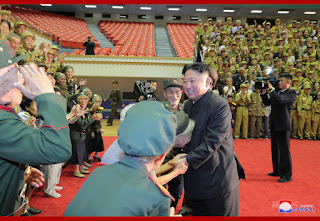 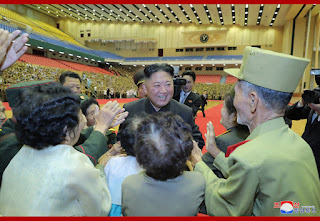 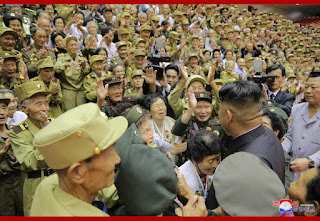 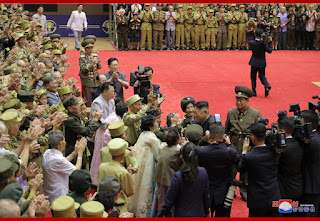 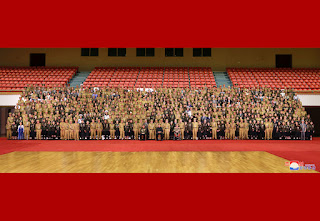 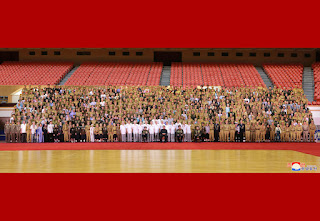 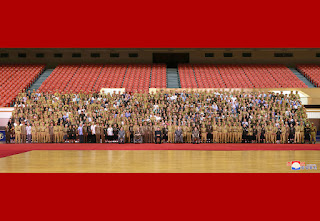 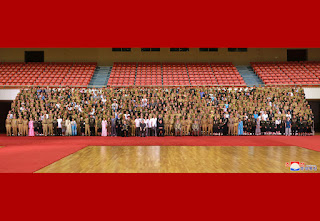 Pyongyang, July 30 (KCNA) -- Kim Jong Un, general secretary of the Workers' Party of Korea (WPK) and president of the State Affairs of the Democratic People's Republic of Korea, met and had a photo session with the participants in the 7th National Conference of War Veterans on July 29.

The participants were overwhelmed by great excitement and joy as they came to have the highest honor and greatest happiness to be handed down from generation to generation after hearing the respected Comrade Kim Jong Un's congratulatory speech run through with his profound feelings of respect and trust at the national conference of war veterans held with splendor in his presence.

When the respected General Secretary arrived at the venue of the photo session, all the participants raised enthusiastic cheers as a token of their deep reverence for him who projects the war veterans as the models of the era of legendary heroes to be admired by the rising generations and makes sure that their heroic spirit is engraved in the history of the country with golden letters.

He had a photo session with the war veterans, affirming his firm will to do his best to build a prosperous power looked forward to by the wartime heroes and provide the people with the happiest life in the world.

At the end of the photo session all the participants again broke into cheers of "hurrah!"

He warmly held the hands of war veterans earnestly following him, unwilling to part from him, and waved back to them for a long time as a token of his sincere wish for their good health. -0-