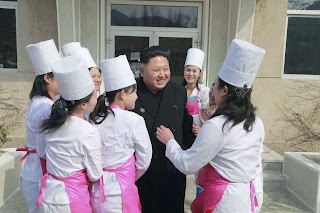 Soon ,on the 8th of January it will be the birthday of respected Marshal KIM JONG UN , the supreme leader of the Democratic People's Republic of Korea(DPRK) , the homeland of Juche and bastion of world socialism . For 8 years respected Marshal KIM JONG UN has led the DPRK through immense challenges as the US led imperialists stepped up their efforts to stifle the DPRK and Juche socialism as they were not only wanted to destroy socialism in any part of the world but were obsessed with the idea that a 'fourth generation socialist country " could not be tolerated and must be knocked down at all costs (this idea is based on the theory of some reactionary  anti-communist ideologists in the West that a socialist country cannot last beyond one or two generations ) .Of course the DPRK guided by the great generals of Mt Paektu  President KIM IL SUNG , Chairman KIM JONG IL and Marshal KIM JONG UN has built socialism for 74 years and in 2019 the DPRK celebrated its 71st anniversary , the DPRK state outlived the former USSR which was dissolved 69 years after it was founded .
Respected Marshal KIM JONG UN has carried forward the ideas , policies and lines of the great leaders comrade KIM IL SUNG and comrade KIM JONG IL, which have at their core the Juche Idea .
Marshal KIM JONG UN has always stressed self-reliance ,self-development and self-sufficiency saying that "The Juche character is the nature of socialism.” , he also said that the inclination towards importing should be ended . Respected Marshal KIM JONG UN was delighted when the DPRK produced its own metro train and light aircraft . At the trial run of the new metro train on the 20th of November 2015 he said " Our heroic and resourceful Kim Il Sung's and Kim Jong Il's working class, scientists and technicians boundlessly faithful to the Party proved in practice, not with words, that the words "proclivity to import" should be eliminated from people's minds through the successful trial operation" 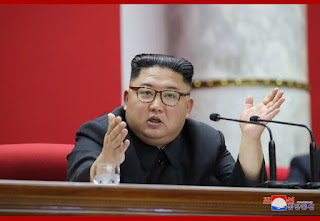 At the 7th Congress of the Workers' Party of Korea in May 2016  respected Marshal KIM JONG UN made it clear how important self-reliance and self-development are saying "The history of the Korean revolution is the one of self-development; the revolution was pioneered and has advanced victoriously by means of it. The basis of this spirit is the great leaders' revolutionary idea that a country must carry out the revolution on its own, and the form of struggle for applying it is self-reliance and fortitude. The great leaders' spirit of self-reliance and self-development, based on the principle that man is the master of his destiny and should carve out his destiny by himself, inspired our people to become stronger than anyone else in spiritual strength, not knowing the word impossible, and to develop theirs into an indisputably powerful nation.
Today we have nothing but our own strength to rely on. No one is willing to help us and see our country reunified, powerful, well-off and flourishing. It is only when we are possessed of the spirit of self-reliance and self-development that we can go through any trials and hardships and achieve the greatest success even in the worst conditions. We should reject big-power worship and dependence on foreign forces, and push ahead with building a powerful socialist country with our own strength, technology and resources and in the revolutionary spirit of self-reliance and fortitude. We should also achieve national reunification, the long-cherished desire of our nation, on our own by strengthening our motive force."
The line of self-reliance ,which is an application of the Juche idea , was also stressed at the 4th and  the recent 5th plenary meetings of the 7th central Committee of the  Workers' Party of Korea . 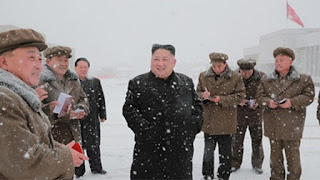 Respected Marshal KIM JONG UN has always followed the people-orientated policies  that were established by the great leaders comrades KIM IL SUNG and KIM JONG IL. Marshal KIM JONG UN has always put the people's interests first and chastised those who practice bureaucracy.   He has visited construction sites many times and thrown his energy into grand projects such as the construction of Samjyon City and the Yangdok Cultural Recreation Centre 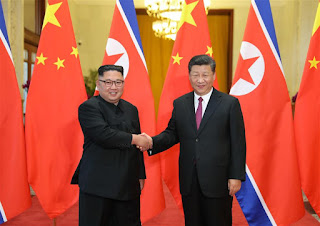