ASSPUK,BGSJI, UK KFA and BSCPRKP on the 61st anniversary of the foundation of the Worker-Peasant Red Guard of the DPRK


ASSOCIATION FOR THE STUDY OF SONGUN POLITICS UK 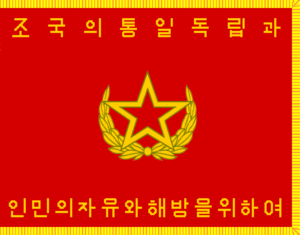 London 7th  January Juche 109(2020)
The Association For the Study of Songun Politics UK(ASSPUK),the  British Group for the Study of the Juche Idea(BGSJI),the UK Korean Friendship Association(UK KFA) and the British Solidarity Committee for Peace and Reunification on the Korean Peninsula(BSCPRKP)  issued the following joint statement on the occasion of the  61st anniversary of the foundation of the Worker-Peasant Red Guard :
It was on the 14th of January 1959 that the great leader comrade Kim Il Sung founded the Worker-Peasant Red Guards , a self -defensive volunteer militia force. The Worker-Peasant Red Guards, inherited  the tradition of the anti-Japanese armed struggle. It is an embodiment of the idea of the all people in- depth defence system. The WPRG are organised  at factories, industrial enterprises, farms and localities.The WPRG is the militant armed force of the people's democratic dictatorship and basically armed proletarians. 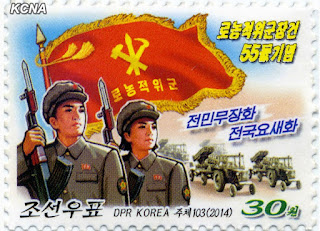 The working people of the DPRK are very aware  of the truth that they themselves should defend their Republic, the cradle of happiness and Juche paradise, with arms in their hands, the Korean people grasped the idea of arms and Juche-oriented method of war of the Workers' Party of Korea and trained themselves to acquire marksmanship of never missing the target, though they found their days so full with production and construction, holding aloft the militant slogan "Rifle in one hand and hammer or sickle in the other!" 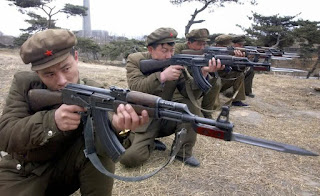 Throughout its history , the Worker-Peasant Red Guards have smashed at every step the US imperialists moves to  reckless moves to unleash a new war and laid a solid foundation for the building of a prosperous and powerful nation in the flames of creation and innovation in revolutionary soldier spirit, standing side by side with the People's Army for defence of independence and socialism.

The great leader generalissimo Kim Il Sung and the great leader generalissimo Kim Jong Il paid great attention to building up the Worker-Peasant Red Guard  into a powerful revolutionary militia force. Now the people's defence forces of Korea are giving fuller scope to the might of the DPRK as a military power. The Worker-Peasant Red Guard of the DPRK are a fine example of anti-imperialist popular militia force and a revolutionary proletarian fighting force which is an inspiration to the revolutionary peoples of the world. 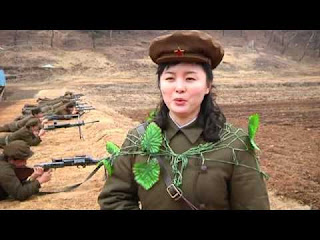 During our visit to People's Korea in August 2017 we witnessed Worker-Peasant Red Guards and Red Young Guards marching militantly in the streets shouting anti-imperialist slogans , ready to crush the secret warfare of the US for regime change.

Today the Worker-Peasant Red Guards, under the command of respected Marshal Kim Jong Un, an ever-victorious iron willed brilliant commander,  stand ready to defend their homes and workplaces from US imperialist attack thereby contributed to peace and security on the Korean peninsula
We salute the heroic men and women of the Worker-Peasant Red Guard of the DPRK  !
Posted by juche007 at 06:40