From Voice of Korea Pride of Korean Women

From Voice of Korea http://vok.rep.kp/
Pride of Korean Women 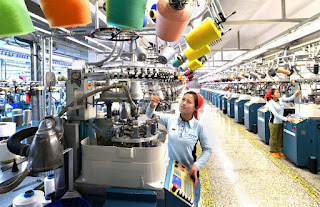 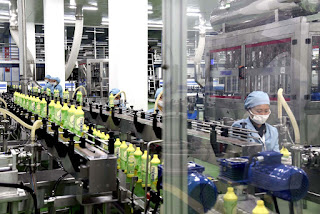 The Law on Sex Equality was promulgated in the Democratic People's Republic of Korea on July 30, Juche 35(1946).
The promulgation of the law brought about a change in the status and role of the Korean women. The Korean women, who had long been subjected to all kinds of social bondage and inequality, humiliation and contempt, came to participate in the socio-political life full-fledgedly with the equal rights with men.
After the liberation of Korea, the great leader Kim Il Sung led the women to take an active part in the building of the country, saying the right of sex equality is not the gift from others but should be obtained by the efforts and struggle of the women themselves.
The great leader Kim Jong Il put forward the women as a powerful force pushing forward the revolution and construction and saw to it that the history of attaching importance to women continues on this land.
He said the Korean women play an important role in the revolution and construction, further enhancing their social status and role.
Today, the Korean women's movement is greeting a new heyday under the guidance of the respected Supreme Leader Kim Jong Un.
Here is Ri Kyong Suk, Chairwoman of the Taehung-dong Primary Committee of the Socialist Women's Union of Korea in Songyo District of Pyongyang City.
"The respected Supreme Leader Kim Jong Un renamed the women's union the Socialist Women's Union of Korea. He made public his famous work 'Let Us Further Intensify the Work of the Women’s Union under the Banner of Modelling the Whole Society on Kimilsungism-Kimjongilism', brightly indicating the road ahead of the women's movement.
And he ensured that the social atmosphere of respecting women prevails in the whole country and paid deep concern to celebrating the Mother's Day significantly every year.
Busy as he was, he posed for a photograph with the participants in the National Meeting of Mothers and ensured that a wonderful performance was given in congratulation of women greeting the March 8 International Women's Day and even presented them with gifts of love."
Today the Korean women are enjoying a true life as women revolutionaries and flowers of families and society in the worthwhile struggle for building a powerful socialist country. Among them are women soldiers glorifying their youth in the army, women scientists and educators serving the country with their high ability, and women athletes and innovators.
Indeed, 70 years since the proclamation of the historic Law on Sex Equality is the chronicles in which the women have shown their beautiful and ennobling features under the trust of the Workers' Party of Korea and the leaders.
The life of the Korean women, who are forcefully turning one of the wheels of the revolution, is shining all the more on the road for prosperity of the country.
Posted by juche007 at 07:01