ASSPUK,JISGE, UK KFA and BSCPRKP on the 3rd Anniversary of the election of dear respected Marshal KIM JONG UN as Chairman of the Workers' Party of Korea 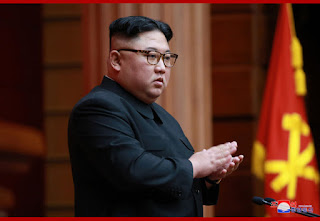 The DPRK under the leadership of respected Chairman KIM JONG UN has victoriously concluded the work of building the economy and nuclear force in parallel and is now rushing towards the higher goal of building a self-reliant socialist people's paradise under  the banner of self-development first !
. We are convinced that the Korean people will win final victory under your leadership of deare respected Marshal KIM JONG UN !
Long live the great leader Chairman KIM JONG UN !


ASSPUK
JISGE
UK KFA
British Solidarity Committee for the Peace and Reunification in the Korean Peninsula
Posted by juche007 at 04:10